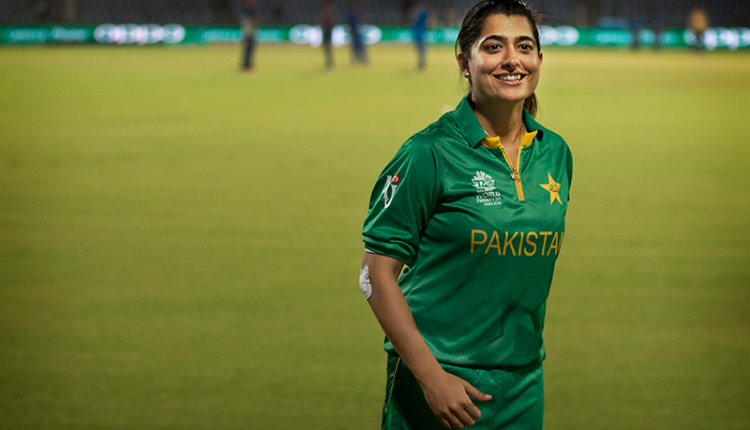 Dubai: Pakistan women’s team cricketer Sana Mir has said that the aftereffects of India’s 10-wicket humiliation at the hands of Pakistan in the ICC T20 World Cup ‘Super 12’ opening game between the arch-rivals on October 24 were all too visible in their second game against New Zealand which they lost by eight wickets.

Coming off one of the worst T20 defeats suffered by India, the Virat Kohli-led side capitulated against the Black Caps, putting just 110 runs on the board with New Zealand surpassing the total in 14.3 overs for the loss of two wickets in a virtual do-or-die clash.

“It is not easy to get over a big defeat like India suffered to Pakistan and it felt against New Zealand that they had still not fully moved on. For their sake, they will hope to have put those defeats behind them against Afghanistan,” said Sana Mir on Wednesday.

India will take on Afghanistan in their third ‘Super 12’ engagement later on Wednesday and, whatever slim chances they have of qualifying for the semifinals, will evaporate if they lose.

“I think New Zealand were very impressive against India. They are very good in ICC tournaments, but they still have a very tough game to come against Afghanistan, who I have loved watching. Hamid Hassan coming into their team has only strengthened their bowling and even without him, we saw how hard they pushed Pakistan,” Sana Mir wrote in her column for the ICC.

“It will be an interesting contest against India. Virat Kohli talked about how India needed to be braver after the loss to New Zealand. Now they are playing the most courageous team in the tournament. Afghanistan are the only team who love to win the toss and bat. That should make for a great game and it is huge in the context of Group 2,” Sana Mir, a veteran of 120 WODIs and 106 WT20Is, said.

Mir said that the credit for Pakistan’s success so far — they have become the first team to secure a semifinal berth after winning four-of-four games — goes to the support staff and the “extra responsibility” given to captain Babar Azam by Pakistan Cricket Board chairman Rameez Raja.

“I think (coach) Saqlain Mushtaq also deserves a lot of praise for the work he is doing. Matthew Hayden and Vernon Philander have of course been a big influence and Rameez Raja has given extra responsibility to Babar Azam as captain. When the captain has that responsibility, they feel confident making decisions. It is the same for the players.

Does walking after meal boost digestion?