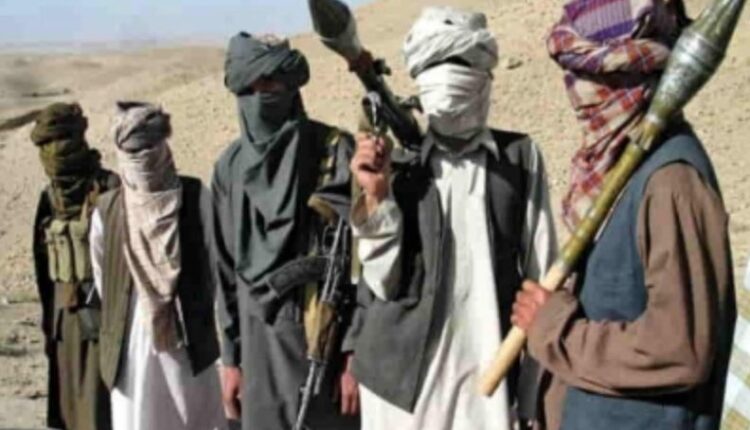 New Delhi: While a section of Pakistani fundamentalists is cheering for the Taliban “victory”, Pakistani army chief General Qamar Javed Bajwa, Prime Minister Imran Khan and ISI chief, Faez Hamid are huddled in the National Security Council (NSC) meeting on Monday. They are apparently discussing ” whether Pakistan should recognise the Taliban as they have taken over Afghanistan” leading to the collapse of the Ashraf Ghani government. Of course this is window dressing. Recognition of a Taliban government by Pakistan is a foregone conclusion.

Therefore, the main reason for the Monday meeting was about the Pakistani Taliban, known as Tehreek-e-Taliban Pakistan (TTP), which is conjoined with the triumphant Afghan Taliban which has taken over the country. The Afghan Taliban, has already released hundreds of TTP prisoners from Afghan jails including its hard-core militant leaders banned by Pakistan, which fears that the militant group will infiltrate the flood of refugees that is knocking on Islamabad’s door. .

The TPP deputy chief Maulvi Fakir Mohammad was released on Sunday from Bagram jail by the Taliban. Afghan journalists shared his picture as he was being escorted in a car. Fakir was arrested by Afghan security forces in 2013 and Pakistan was seeking his handover.

Hundreds of TTP militants including key commanders were freed in various Prison breaks in Afghanistan especially from Bagram Prison & Pul-e-Charkhi Prison in the last 24 hours. TTP’s slain chief Baitullah Mehsud’s trusted Commander Zali, several key commanders from Bajaur and Waziristan have also been released. Commander Waqas Mehsud. Hamza Mehsud, Zarqawi Mehsud, Zaitullah Mehsud, Commander Qari Hameedullah Mehsud, Hameed Mehsud, Commander Mazhar Mehsud were released yesterday. All these militants are in the list of most wanted list of Pakistani security agencies. According to Pakistani sources, in the last four weeks, Taliban has released, according to TTP, about 2300 members of the UN designated terrorist organisation.

Pakistani media reports show massive attacks on the Pakistani Army by TTP at North Waziristan district of Khyber Pakhtunkhwa province of Pakistan on Sunday. Several Pakistani soldiers were feared dead in the strike.

TTP Chief Noor Wali Mehsud called for an independent state in Pakistan’s tribal areas. Last week, he announced that many splinter groups have joined the TTP including dreaded Ustad Aslam’s group. It becomes the ninth jihadist group to join the TTP since July 2020. Among the other groups are three TTP splinters, two al-Qaeda affiliates, a faction of Lashkar-e-Jhangvi (LeJ), and two jihadist groups from South Waziristan.

As a former Pakistani senator put it, “There are serious questions if the Pak cheerleaders of Taliban find time to ponder. Who is sheltering TTP and its shadow administrators for many KP districts now? Where is ETIM, suspected of carrying out the Dasu attack, based? Future of CPEC/PAK-CHINA relations in the new Cold War?”