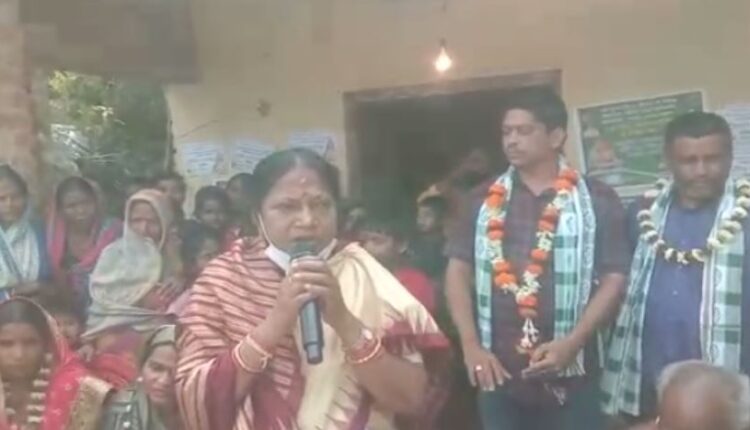 Bhubaneswar: The Odisha State Election Commission (SEC) today debarred BJD MLA from Binjharpur, Pramila Mallik from campaigning for the ensuing election to panchayati raj institutions, which has been scheduled to begin from February 16.

Mallik has been prohibited to take part in campaigning including giving interviews, making public utterances in media anywhere in the State for a period of 48 hours with effective from 10 AM of February 14, 2022.

During the Panchayat election campaign at Zilla Parishad Zone – 27 in Jajpur district on last Thursday, Mallik had allegedly threatened the voters to stop their monthly old age person, rice for Re 1 per kg and pucca houses being provided under government schemes if they do not vote for BJD candidates. This is a violation of the model code of conduct, sources said.

Soon after a video of the speech went viral in social media, Mallik was also shown black flags by locals while she had gone campaigning in the Pritipur Ranasahi area in Jajpur.

On the direction of the SEC, the Jajpur collector had earlier issued a show cause notice to Mallik.