While there was delay in informing the family members, father Sukant on reaching the hospital alleged that his son died due to negligence of the hostel authorities. 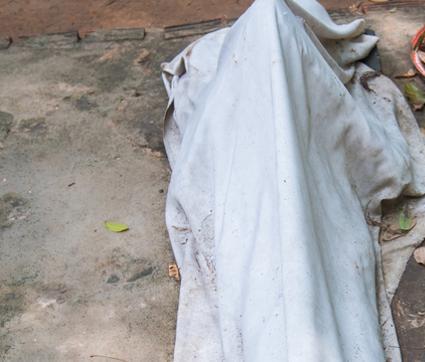 Phulbani: Kandhamal district in Odisha has again grabbed headlines following mysterious death of a Class 6 tribal boy in one of the ANWESHA hostels last month. The incident, which took place on September 22, has raised eyebrows with parents alleging foul play as no postmortem was carried out nor has any case been registered till now. There are also allegations that the case is being suppressed.

Sources said the boy, Sumanjit Baliarsingh from Sindhiguda village of Kotagarh block, was living in the ANWESHA hostel. On September 21, he complained of nausea and dizziness but none of the teachers reportedly paid heed or informed his parents. When his condition deteriorated the next day, the hostel superintendent took him to MKCG Medical College and Hostel in Berhampur without the knowledge of his family. On the way, as he became more critical, Sumanjit was  rushed to Bhanjanagar hospital but doctors declared him dead on arrival. While there was delay in informing the family members, father Sukant on reaching the hospital alleged that his son died due to negligence of the hostel authorities.

However, Phulbani block welfare extension officer Pranab Parida who is in charge of the ANWESHA hostel,  has refuted the allegations. There has

ANWESHA scheme had been initiated by the Odisha government to facilitate free education to children of scheduled castes and scheduled tribes in English medium private schools in urban areas.

Environmental clearance for upgradation of Rourkela airport in Odisha