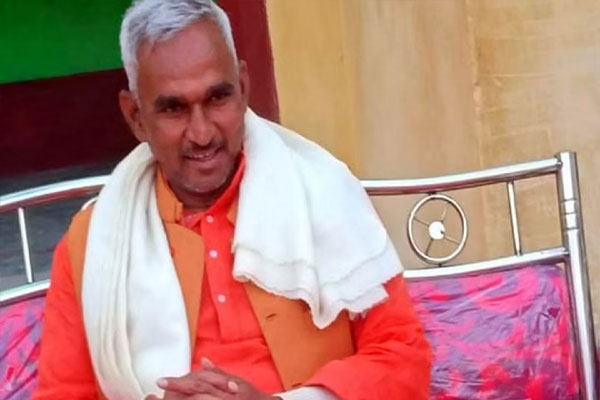 Uttar Pradesh:  In a bizarre statement, Surendra Singh, BJP MLA from Balliya, has said that incidents like the alleged gang-rape and murder of a 19-year-old Dalit girl in Hathras can be stopped only if parents inculcate good values in their daughters.

Talking to local reporters in Balliya, the BJP MLA said neither governance nor use of weapons can prevent such crimes.

“Incidents like these can be stopped with help of good values -‘na shashan se, na talwar se’. All parents should teach their daughters good values. It is the combination of governance and good values that can make the country beautiful,” he told a news agency.

Surendra Singh has been known for making controversial statements.

Singh had earlier stoked a controversy by comparing government officials with prostitutes. “Prostitutes are better than officials. They take money and dance all night. But these officers despite taking money from the public, don’t do their work,” he had said.

He also landed in controversy when he stated that “Muslims who have many wives and children in large numbers have an animalistic tendency.”

“In the Muslim religion, you know that people keep 50 wives and give birth to 1,050 children. This is not a tradition but an animalistic tendency. In society, giving birth to only two to four children is normal,” the BJP leader was quoted as having said.

He has also made objectionable remarks on Congress president Sonia Gandhi and BSP president Mayawati.