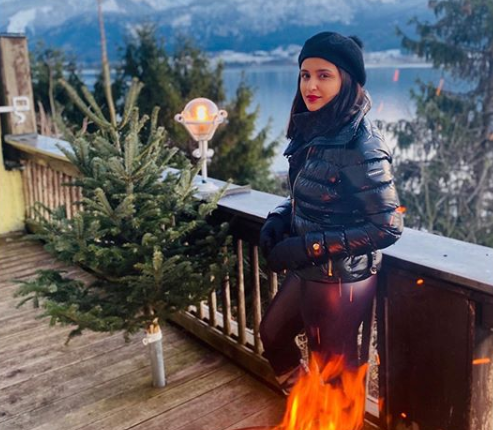 Mumbai: Filmmaker Amol Gupte, who is directing Parineeti Chopra in ace shuttler Saina Nehwal’s biopic, says the 31-year-old is a fantastic actor, adding that he will complete filming “Saina” in February.

“She is an absolutely fantastic actor. There is a fantastic ensemble cast with Manav Kaul and Shubhrajyoti (Barat). So, we have created a Nehwal family along with the coaches. I think I couldn’t have gotten luckier,” said Gupte at the 50th Foundation Day of Jamnabai Narsee School in Mumbai.

Parineeti Chopra replaced Shraddha Kapoor as Saina Nehwal in the film. Shraddha had even started filming in September 2018, but she opted out of the film reportedly due to scheduling conflicts.

Gupte insisted his film is on schedule: “All is going well. Everything is good. We have nearly completed shooting of the film. We have finished 98 per cent of the shoot. We have some patchwork to do in February and that’s it.”

Odisha weather: Depression forms over bay, no chance of…