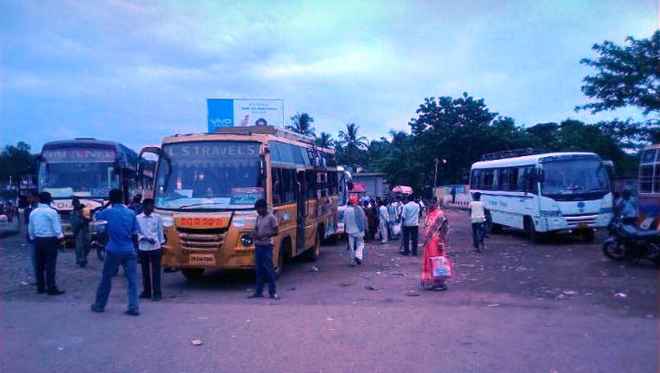 Balasore/Bhadrak: The dispute between two associations of bus owners in Bhadrak and neighbouring Balasore district turned uglier as buses were stopped from plying on their respective routes across Odisha today.

The passengers were left stranded as several buses plying from Balasore and Bhadrak to Cuttack and Bhubaneswar were halted this morning over route permit issue.

According to reports, over 13 buses of Bhadrak district were halted at bus stand in Balasore town a day after a Balasore bus was stopped in Bhadrak bus stand over bus permit issue.