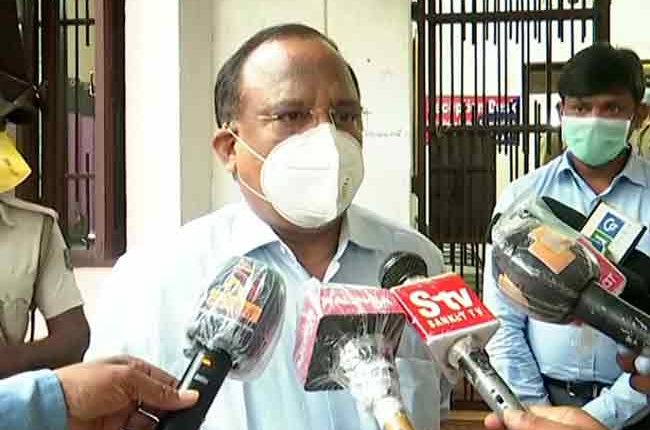 Balasore: Central Range Revenue Divisional Commissioner (RDC) Anil Samal, who visited Balasore after five new cases were reported in the district this morning, today informed that the process has begun for testing of people who have come to the district from West Bengal in the last couple of days.

Quoting sources, the RDC said many people have sneaked into the district by crossing borders or through ambulances in the last 14 days. They are being identified and kept under compulsory quarantine at Panchayat level and their samples will be sent for testing on priority basis from today.

He informed that around 2700-2800 people have come to Odisha from West Bengal in the last two months. A list with details of all these people has been kept ready with the help of  Sarpanches and Panchayat Extension Officers.

“Swab samples of 50 persons from Nilgiri area in the district have been sent for the test. This apart, security at inter-state borders has been intensified,” he added.

Worth mentioning, the new cases are close relatives of 61 case of the state. The five cases are two 34- year-old women, a 38-year-old male, a 12-year-old boy and a youth aged  26 years. With this, the total number of cases in the district rose to eight.

Meanwhile, the district administration has declared Nilgiri and Niliabag as containment zone.