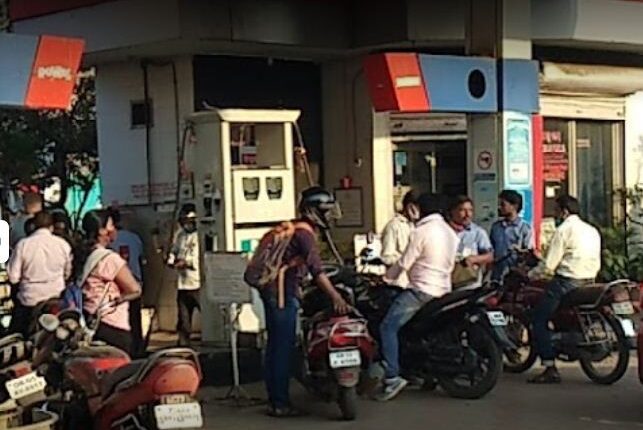 Malkangiri: Petrol price touched an all-time high of over Rs 110 per litre in Odisha with the fuel being sold at Rs 110.11/litre in Kalimela area of Malkangiri district, today.

The prices of petrol and diesel rose simultaneously again on Tuesday amidst volatility in the global oil prices with benchmark crude increasing to above $80 a barrel.

Accordingly, diesel prices increased by 30 paisa per litre in the national capital to Rs 91.07 per litre, while petrol rates rose by 25 paisa per litre to Rs 102.64 a litre, according to Indian Oil Corporation, the country’s largest fuel retailer.

Petrol prices had maintained stability since September 5 but oil companies finally raised its pump prices this week given a spurt in the product prices lately.

OMCs had preferred to maintain their watch prices on global oil situation before making any revision in prices. This is the reason why petrol prices were not revised for last three weeks. But extreme volatility in global oil price movement has now pushed OMCs to effect the increase.

After rising over three year high level of $80 a barrel earlier this week, global benchmark came down to $78 a barrel and now is again up to $81 a barrel while OPEC+ deciding to stick to its marginal production easing plan and market remaining tight.

But, the fluctuations in global oil prices have prevented OMCs to follow this formula in totality and revisions are now being made with longer gaps. This has also prevented companies from increasing fuel prices whenever there is a mismatch between globally arrived and pump price of fuel.