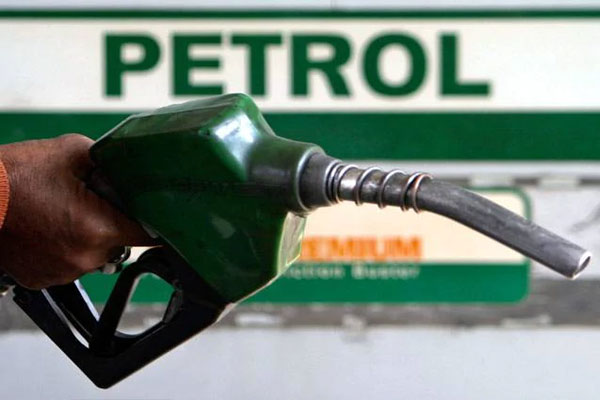 New Delhi: Petrol and diesel prices continued to rise for the seventh consecutive day with petrol price reaching Rs 95.46 per litre in Mumbai and Rs 88.99 per litre in Delhi.

Oil marketing companies raised the pump price of diesel by a high level of 29 paise per litre and petrol by another 26 paise per litre in Delhi. With this increase, petrol is now priced at Rs 88.99 a litre and diesel Rs 79.35 a litre in the national capital.

In the last seven days, the price has gone up by Rs 2.06 per litre for petrol while diesel rate has risen by Rs 2.56 a litre.

Across the country as well the petrol price increase ranged from 23-26 paise per litre and diesel price 28-30 paise per litre depending on the level of local taxes on the two petroleum products.

In Mumbai, petrol price is just Rs 4 per litre short (Rs 95.46 a litre) of touching three digit mark of Rs 100 per litre for the very first ever anywhere in the country. Diesel price in the city is closing on Rs 90 a litre (Rs 86.34 a litre). In all other metros, petrol is over Rs 90 a litre mark while diesel is well over Rs 80 a litre barring Delhi

The increase on Monday has followed the firming global oil prices (both product and crude) that have maintained a record streak of gains in the past few days with crude reaching close to $ 63.5 a barrel mark (single day gain over 2 per cent).

Though firm global crude and product price is the reason for the increase in retail price of petrol and diesel, it is interesting to note that even though crude has been hovering just over $55 a barrel for a long time earlier, OMCs had gone in for both a pause in price of auto fuels as well increase in its retail prices on consecutive days.

Crude prices have remained firm for the last few weeks in the wake of unilateral production cuts announced by Saudi Arabia and a pick up in consumption in all major economies globally.

The petrol and diesel prices have increased 19 times in 2021 with the two auto fuels increasing by Rs 5.28 and Rs 5.48 per litre respectively so far this year.

The last few increases in pump prices in petrol and diesel has taken its price to record levels across the country in all major metro cities and other towns. The last time the retail price of auto fuels were closer to current levels was on October 4, 2018 when crude prices had shot up up $ 80 a barrel.

The current price rise is largely on account of steep increase in central taxes of petrol and diesel and firm crude prices. The Budget has also imposed a new agriculture infrastructure and development cess. Oil minister Dharmendra Pradhan has ruled out any cut in duty on petroleum products.