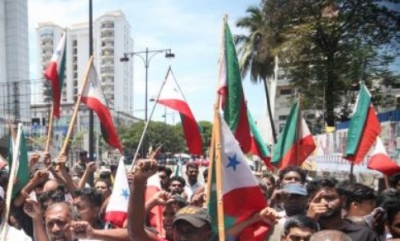 Lucknow: The Popular Front of India (PFI) activists, who were arrested in a swoop down by various agencies last week, have revealed that they were allegedly being provided with training to safeguard themselves from the police and the media.

Officials interrogating the PFI activists said that they were being trained in small groups in different parts of the state.

The new recruits in the PFI were reportedly made to attend lectures of their influencers (religious speakers). They were trained in self-defence and were made to attend human rights classes to protect them from police detention and arrests. Besides, they were also trained to answer media questions or use media houses in the time of a crisis.

“These revelations were made during the interrogation of Faizan, Rehan and Dilshad, arrested by the UP Special Task Force (STF) from Lucknow on September 27,” said an official.

Police said different types of training modules were designed for the PFI recruits. The recruitment was done by Mohd Ahmad Beg Nadvi, a religious speaker.

“Nadvi, who was arrested from a house in the Madeyganj locality by UP STF on September 23, was the main recruiter in the state,” the official said.

The official said that Rehan revealed that the youths were selected by their local commanders for self-defence training and provided training of Judo-Karate in small groups. A similar, self-defence training programme had been held in an orchard in a village of the Bakshi Ka Talab area, which Rehan had attended

He said that the PFI members were also made to learn the rights provisions so that they could avert arrest and avoid detention by local police. He said the members were also trained in answering media questions or using the local mediapersons in their favour by talking about human rights.