Phase out Single Use Plastic: Centre to states 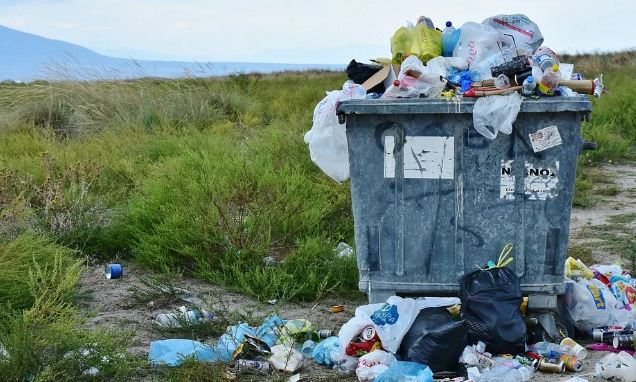 New Delhi: Of the 4,700-odd urban local bodies (ULBs) across India, only some 2,500 have notified the ban on single use plastic (SUP) from July 1, prompting the Ministry of Housing & Urban Affairs (MoHUA) to ask them to phase out SUP and contribute to the overarching clean and green mandate.

A total of 2,591 out of 4,704 ULBs have already reported notification of SUP ban as per the directions of Central Pollution Control Board (CPCB) and the Ministry of Environment, Forest & Climate Change (MoEF&CC), therefore, the states / UTs will need to ensure that the remaining 2,100-plus ULBs notify the same by June 30, the Ministry said on Saturday on the eve of World Environment Day.

Under the Swachh Bharat Mission – Urban 2.0, plastic waste management, including elimination of SUP, is a crucial area of focus.

The Ministry has also issued a detailed advisory to the states and UTs wherein it appeals to take up a range of activities including large scale cleaning and plogging drives, with special emphasis on plastic waste collection, as well as large scale tree plantation drives, with participation of all citizens.

As per the Plastic Waste Management (Amended) Rules, 2021, the manufacture, import, stocking, distribution, sale and use of carry bags made of virgin or recycled plastic less than 75 microns (i.e. 0.075 mm in thickness) has been banned with effect from September 30, 2021 as opposed 50 microns recommended earlier under PWM Rules, 2016.

In accordance with the PWM (Amended) Rules, 2021, a range of complementary initiatives will also be taken up to strengthen enforcement. ULBs will need to identify SUP-alternatives (such as cloth/jute/plastic bags, degradable cutleries, etc.) readily available in the market and create awareness about such alternatives among citizens.

Corporate entities, dealing with bottled drinks may be requested to set up Bottle Banks (where users can get paid for dropping off PET bottles), and also set up subsidized reusable plastic bottle booths at different locations, as part of their Extended Producers’ Responsibility (EPR) mandates.

Alongside, ULBs may establish Thaila (bag) / Bartan (Utensils) kiosks or bhandars to provide citizens with alternatives to SUP, especially for use in public meetings and festivals, thereby helping to reduce SUP consumption. These initiatives may be strengthened through ‘Swachhata Raths’ to be deployed in all public places, markets, and other high footfall areas to spread awareness against use of SUP and for availing SUP-alternatives.

Most importantly, the advisory stresses on large scale people participation, where all citizen categories – elected representatives such as Mayors and ward councillors, voluntary organisations, local NGOs, Residents’ Welfare Associations, market associations, self-help groups, students and youth groups etc, are to be identified and engaged with, to carry forward the message of SUP ban and enforcement.

ULBs may also encourage citizens to take pledges to not litter plastic and prevent plastics getting into landfills, along with reward campaigns to publicise good disposal behaviour in media or social networks to encourage others to stop SUP usage.