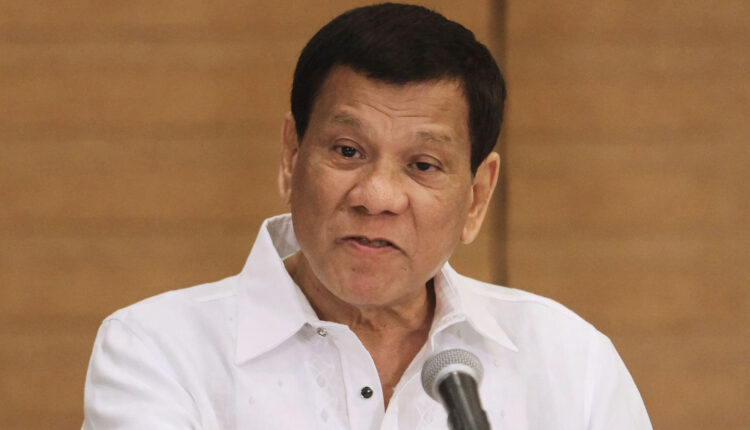 Manila: Philippine President Rodrigo Duterte on Saturday announced his retirement from politics, adding that he will not contest for Vice President during the 2022 presidential elections.

“Today, I announce my retirement from politics,” Xinhua news agency quoted the 76-year-old leader as saying to journalists.

Concerning his surprise announcement, Duterte, who took office in 2016 for a six-year term of presidency, said that he is heeding the Filipinos’ “overwhelming sentiment” for him to quit politics.

“And so in obedience to the will of the people who, after all, placed me in the presidency many years ago, I now say to my countrymen I will heed your wishes,” Duterte said.

He was at the poll body on Saturday in Metro Manila to accompany his former long-time aid and Senator Christopher Go, 47, who filed his candidacy for Vice President.

Candidates for the 2022 elections could file their certificate of candidacy from October 1 to 8.