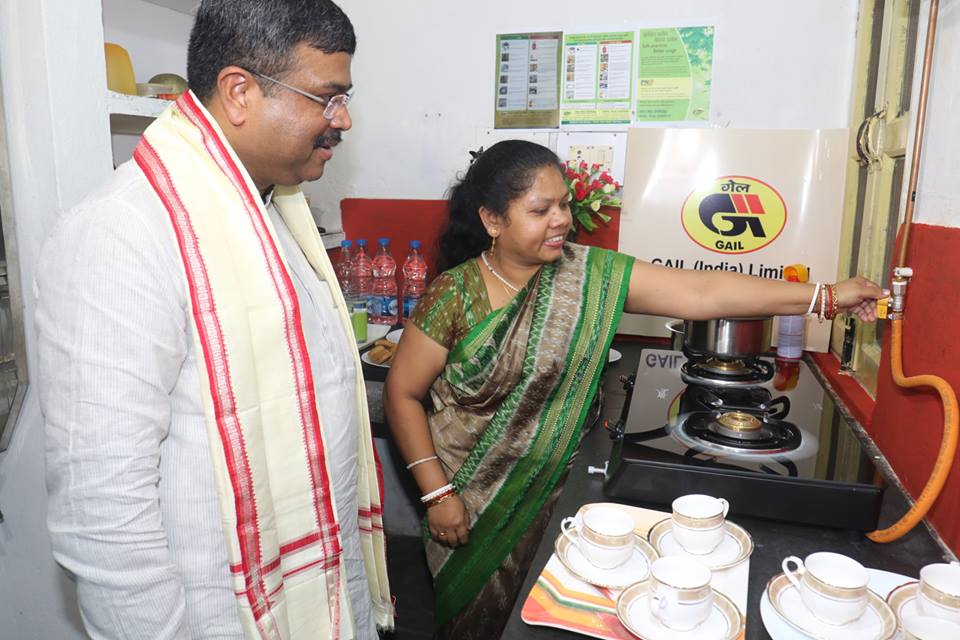 The Gas Authority of India Ltd (GAIL) commenced the supply of environment-friendly PNG in 255 houses in Nalco Nagar, Chandrasekharpur here in the first phase.

“Around 25,000 households in Bhubaneswar and Cuttack would get PNG connection in their kitchens by December 2019 as part of the City Gas Distribution (CGD) project. The number of PNG connections will be gradually ramped up in the next three to five years,” Ashutosh Karnatak, Director of Projects, GAIL had said.

It also plans to provide PNG connections in the near future to adjacent Jeevan Bima Colony and Maitri Vihar Colony, covering a total of 1,000 houses. Assessment was also being carried out for PNG supply to leading hotels, hospitals and industrial units of the city, Karnatak had said.

“The overall capital expenditure for the Bhubaneswar and Cuttack CGD projects will be Rs 1,700 crore, of which Rs 400 crore will be spent in the next three to five years.”

In Odisha, the natural gas pipeline will be constructed at an estimated investment of Rs 4,000 crore and have a length of about 769 km covering 13 districts — Bhadrak, Jajpur, Dhenkanal, Angul, Sundergarh, Sambalpur, Jharsuguda, Debagarh, Jagatsinghpur, Cuttack, Khordha, Puri and Kendrapara.