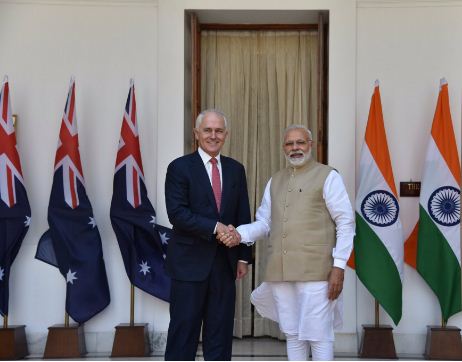 Earlier on Monday, Turnbull was accorded a ceremonial welcome at Rashtrapati Bhavan here.

The Australian Prime Minister arrived here on Sunday on a four-day state visit to India.

This is Turnbull’s first bilateral visit to India since he assumed office in September 2015.

His predecessor Tony Abbott had visited India in September 2014 and this was followed by Prime Minister Modi’s visit to Australia in November that year.

A number of agreements are expected to be signed following Monday’s bilateral summit. (IANS)