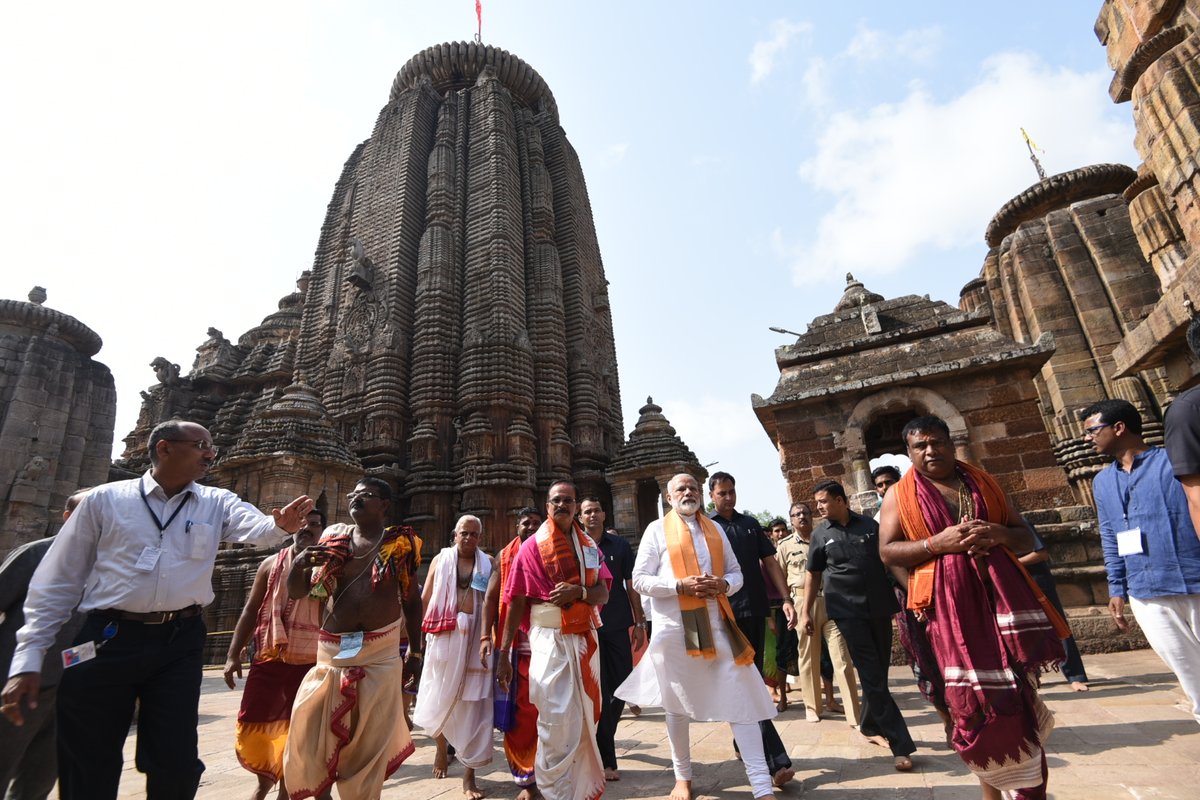 After felicitating the descendants of Paika Rebellion martyrs during a programme at Raj Bhawan, Modi headed to the world famous shrine amidst tight security.

He received a warm welcome from temple management committee and Bharatiya Janata Party (BJP) when his carcade reached the shrine.

Modi took pradakshina (circumambulation) of the temple and offered prayer to other deities at the premises.

He closely took the view of architecture of the shrine and interacted with priests and servitors and stressed on cleanliness of temple.

“Prayed at the Lingaraj Temple in Bhubaneswar. The magnificence of the Temple and Temple Complex leaves a lasting impression on the mind,” Modi wrote on facebook.

“The Prime Minister was so enthusiastic to know about Lingaraj temple. He prayed for the welfare of the nation and ‘Swachh Bharat’,” said chief priest of the temple.

He spent around 25 minutes in the temple premises.

In Pics: PM Modi’s visit to Lingaraj Temple in Odisha