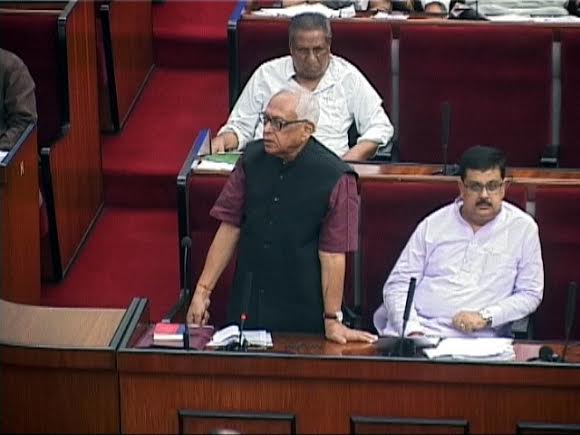 On the last day of the Monsoon session of Odisha Assembly, Leader of Opposition Narasingha Mishra today raked up the Polavaram issue during the zero hour and demanded a discussion on it.

Producing a letter from former Environment Minister Jairam Ramesh that assured that no Odisha village will get affected because of the project, Mishra sought a status update from the government on the issue.

“The State Government is afraid of a discussion in the Assembly even though they keep highlighting it all over the state. They are shying away from a debate as they do not have facts on the issue,” said Mishra leading the charge against the government.

He further reminded the ruling party that a discussion on the issue had been assured by two minsters earlier.

BJP, on the other hand, accused the State Government of running away from a debate on the issue to keep it alive for political gains during the panchayat polls.

“Things would have become very clear had there been a discussion. They are trying to keep the issue alive so that they can do politics over it. This is part of their strategy for the panchayat polls,” said Leader of BJP Legislative Party KV Singh Deo.

“As many as 21 villages will be submerged. More than 6,000 tribals will be displaced. About 700-1000 acres of forest land will be submerged. We have approached the Supreme Court over this. The Court has already served a notice on the Center. Besides, a hearing has been scheduled for tomorrow. Opposition parties need to wait,” said Dash.

It may be mentioned here that the letter written by Ramesh to Chief Minister Patnaik on August 18, 2010 read, “The Government of Andhra Pradesh, under the guidance of Central Water Commission, shall ensure that no submergence and displacement of people including Scheduled Tribes (ST) takes place in the territories of states of Orissa and Chhattisgarh”.