Police identify victims of US shooting, suspected gunman in custody 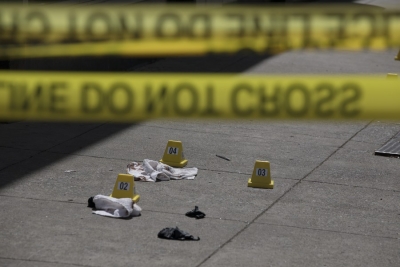 Washington: Police in the US state of North Carolina have identified five victims of a shooting incident in Raleigh city, as a suspect is in custody with life-threatening injuries.

“This is an extremely, extremely painful event for our officers, for me, for this entire community,” Patterson added.

The suspect, described as a 15-year-old White male, was taken into custody on Thursday night and is said to have been in critical condition.

Additional details about the identity of the shooter have not been released due to his age.

The mass shooting occurred in a residential neighbourhood on Thursday evening, in which two other people were also wounded, including one critically.

North Carolina Governor Roy Cooper said on Friday that “no community should feel the pain of gun violence”.

“We’re sad, furious and have many questions that’ll soon be answered,” Cooper continued. “We’re standing with the victims and their families in this moment of unspeakable agony.”

He ordered flags flown at half-staff to “mourn the victims killed in a horrific and infuriating act of violence”.

Raleigh Mayor Mary-Ann Baldwin echoed the sentiment, saying that “we must work to stop this mindless gun violence in our country”.

Condemning the incident late Friday, President Joe Biden said: “Enough. We’ve grieved and prayed with too many families who have had to bear the terrible burden of these mass shootings.

“Too many families have had spouses, parents, and children taken from them forever. There are too many mass shootings across America, including ones that don’t even make the national news.”

Gun violence has led to nearly 35,000 deaths across the US so far this year, according to the latest data from Gun Violence Archive.

‘Instant Articles’ format on Facebook to be shut next year