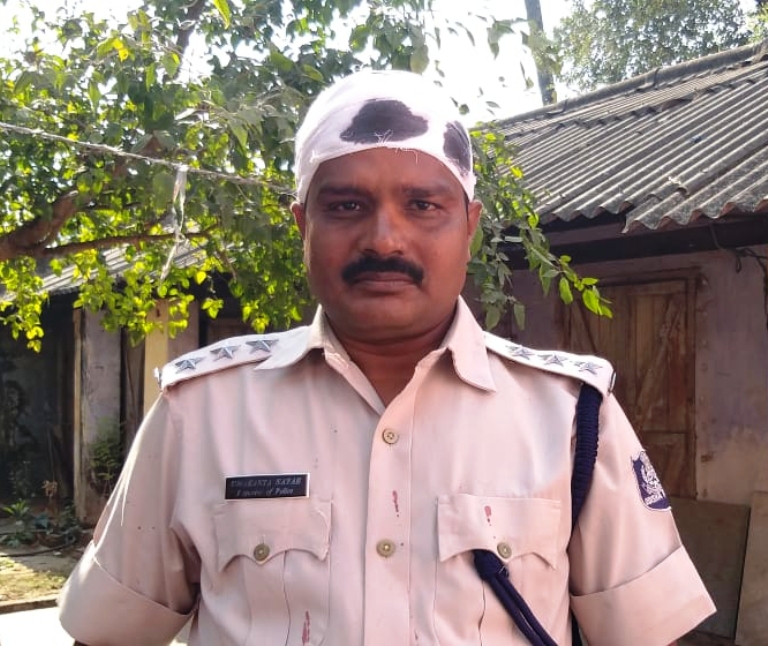 Jajpur: In a shocking incident, the Inspector In-charge (IIC) of Dharmasala police station of Jajpur district was allegedly attacked by a warrantee when the cop had gone to Barabati village today to arrest the latter.

However, IIC Umakant Nayak managed to nab the accused identified as Netrananda Mallick (65).

Sources said when the IIC went to the village to arrest Netrananda this morning, the latter attacked him with an iron iron, following which he sustained injuries in his head. He was later admitted to Dharmasala Community Health Centre (CHC) for treatment.