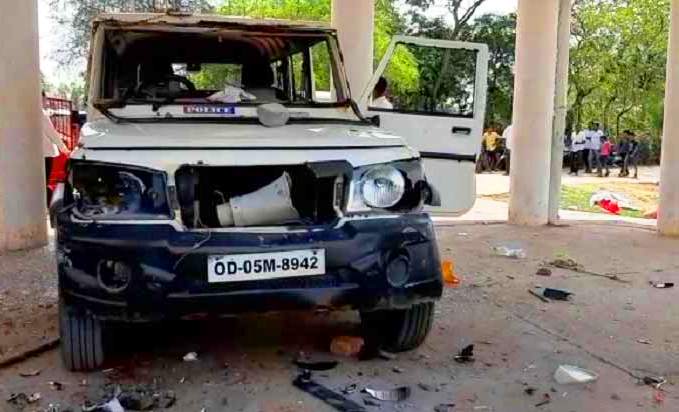 Bhadrak: Palpable tension prevailed in Basudevpur of Bhadrak district today after a group of people of Bibinagar village ransacked Kasia Marine police station alleging inaction of the cops in connection with a dispute between two families.

Sources said a scuffle ensued between two families after a newly-wed woman, who had gone to her parental house at Barapokhari, did not return to her in-law’s house at Bibinagar yesterday. On receiving information, police reached the spot and took both family members to custody to settle the issue amicably and later released them.

Today morning, a group clash again erupted between people of the two villages. Later, a group of Bibinagar villagers vandalised the police station destroying several assets, including, computers and a police van. They alleged that the cops are delaying in taking action over the matter.

However, the police later took control over the situation. Three platoons of police force were deployed in the locality to avoid any untoward incidents further, till last reports came in.

Morning classes in Odisha schools from April 2. Here’s why