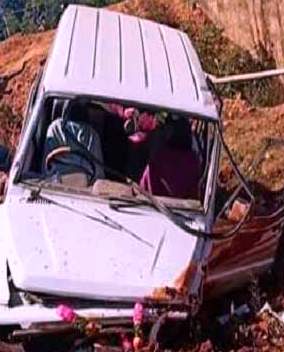 The victims have been identified as Raikia police station IIC Alekh Garadia and Mithun Pradhan, the driver of the vehicle. Both have been admitted to hospital for treatment.

The mishap took place when the police official was chasing a ganja-laden vehicle in the ill-fated van. Driver of the van lost control over the wheels following which it dashed against the parapet of the bridge and fell down.