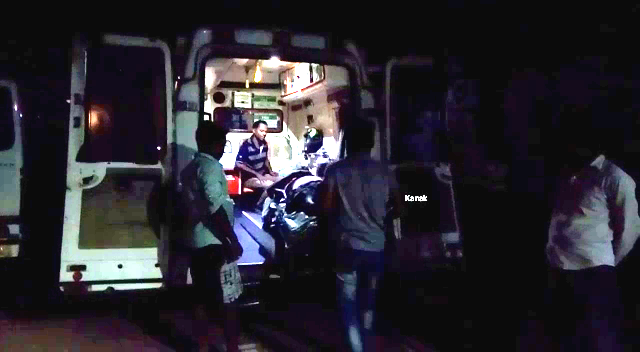 Balasore: In yet another poll violence incident, a BJD worker was attacked with a sharp weapon allegedly by a youth of rival party at Uparadia village under Bahanaga block in Balasore district late last night.

However, the victim identified as Prashant Barik has been admitted to hospital in critical condition.

Sources said the BJD worker was going to a meeting venue of the party carrying party posters last night, when a youth identified as Kahnu Charan Majhi of the same village attacked him with a knife. Later, locals rushed to the spot and called up police, who sent critically-injured Prashant to a hospital in Soro. He was later shifted to the district headquarters hospital (DHH).

Meanwhile, the Soro police have begun an investigation into the incident.