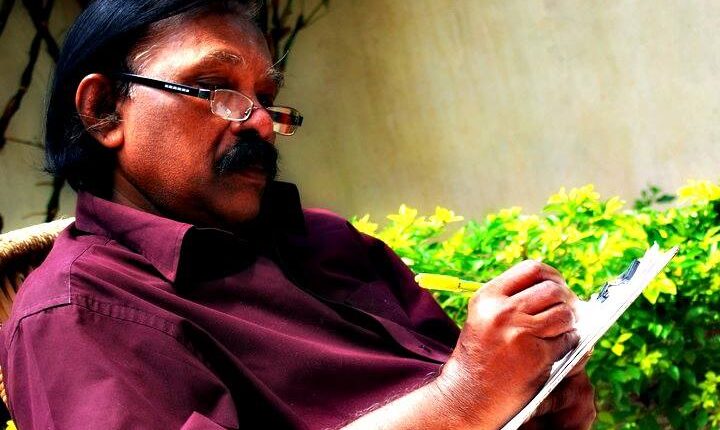 Thiruvananthapuram: Hugely popular Malayalam lyricist Bichu Thirumala, who was also a poet of repute and winner of two state awards, breathed his last at a private hospital here in the early hours of Friday, according to his family.

The veteran lyricist was 80. He was not keeping well for some time.

Thirumala met with an accident in the mid-1990s and was never able to recover fully from it. The episode did affect his career, but it did not diminish his determination to keep penning poems.

In a career that started in the early 1970s, Thirumala, who’s from the state capital city, penned numerous memorable songs and worked in more than 400 Malayalam films. His prodigious output added up to over 5,000 songs, which included numbers he wrote for stand-alone music cassettes.

His only son, Suman Bichu, is a music director. His wife, who survives him, was a state government employee.

Condoling Tirumala’s death, Kerala Chief Minister Pinarayi Vijayan described the poet as a lyricist of the masses. Vijayan said Malayalam films in the 1980s and 1990s became richer because of his lyrics and his passing away was going to be a serious loss to music buffs.