ODISHA LATESTTOP
By Sambad English Bureau On May 1, 2020 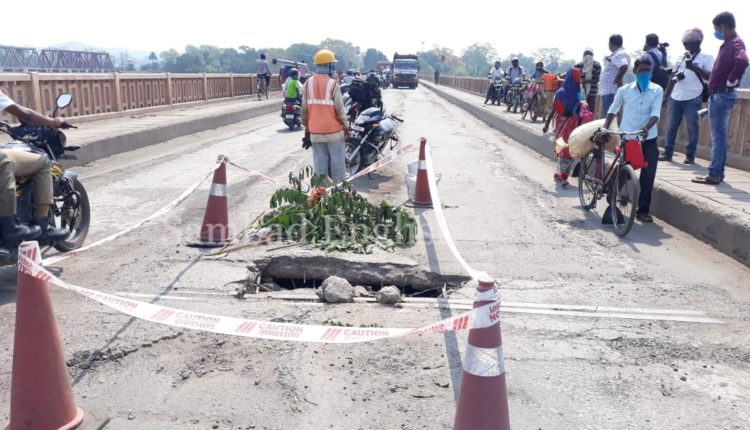 Rourkela: A portion of Brahmani bridge, the communication lifeline of Rourkela, caved in late last night leading to disruption in vehicular movement.

As traffic has gone stagnant following the incident, National Highway Authority of India (NHAI) Project Director Sourav Chourasia said repair work has been initiated on war-footing basis and there are no signs of danger.  He said cracks were earlier developed on the surface of the bridge and iron plates were placed on the damaged portions.

Sources said that the bridge was last repaired 15 days ago and it has cracked open again. Meanwhile, locals have expressed strong discontentment over the frequent construction follies on the bridge. The bridge was constricted more than six decades ago.

Meanwhile,  the much-awaited second bridge on the river Brahmani is underway and is expected to be ready by March 2021, sources added.