Depression on flyover in Odisha capital sends officials into tizzy 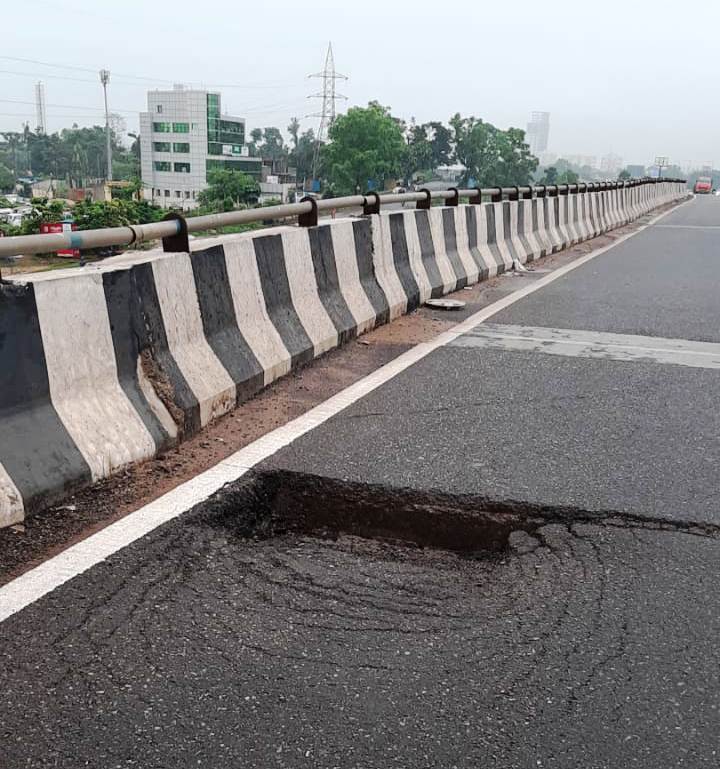 Bhubaneswar: Panic gripped commuters on Bhubaneswar-Cuttack route today as a depression developed on a portion of Palasuni flyover in the capital city.

Traffic movement was temporarily affected after the incident. Police and NHAI officials rushed to the spot and initiated efforts to restore normalcy in traffic movement.

The particular portion of the flyover has been levelled using sandbags and cordoned by police to prevent further damage.