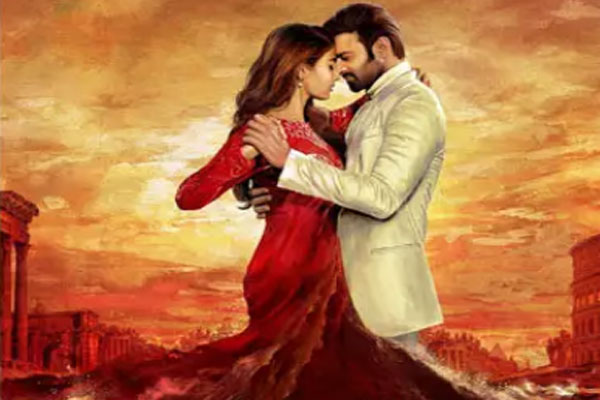 Hyderabad: Much to the delight of fans, the makers of the pan-India movie ‘Radhe Shyam’ have announced the new release date and the epic love saga is slated for its grand release across the globe on March 11.

The producers of ‘Radhe Shyam’ also unleashed a stunning conceptual poster to publicise the same. The poster says “Witness the biggest war between Love & Destiny”, which hints at the kind of story it is.

As the release date of the love saga is out now, Prabhas and Pooja Hedge starrer ‘Radhe Shyam’ joins the long list of Telugu big-ticket films that have locked the release dates for a couple of days.

‘Radhe Shyam’, is one of the most anticipated pan-India films, which will also feature Bollywood’s senior actress Bhagyasree as Prabhas’ mother.

Prabhas plays a palmist, while Pooja Hegde will be seen as his love interest. The intense love story is directed by Radha Krishna Kumar and produced by UV Creations. The film is mounted on a lavish scale with supremely good visuals.

Gulshan Kumar and T-Series present ‘Radhe Shyam’ a UV Creations production. The film is produced by Bhushan Kumar, Vamsi, and Pramod, and will release in multiple languages across the world.