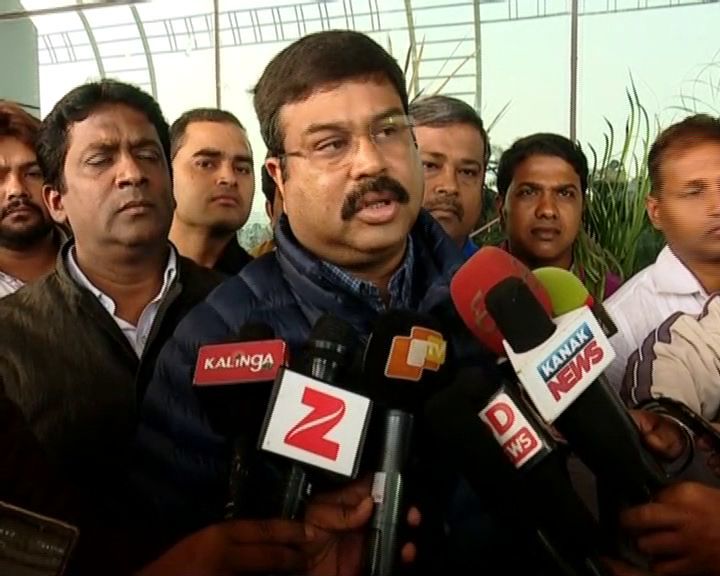 In a letter released to the media on Sunday, Pradhan said an unwarranted controversy should not be created over inclusion of Rayagada, Kalahandi, Kandhamal, Gajapati, Dhenkanal, Bolangir, Koraput, and Malkangiri in the list.

These districts have been selected by the central government to be included in the list.

“I appeal to the Chief Minister that political differences should not become an impediment in the path of progress of the youths, women and backward classes of these districts,” Pradhan said in his letter.

He said Odisha of the 21st century should be built as a pioneering state and priority should be given to the people’s interests by rising above political differences.

“It is Prime Minister Narendra Modi’s feeling that the dream of a developed country cannot be fulfilled without developing the eastern region of India. Odisha has a prominent role in this vision. Therefore, we should start this mass movement in 2018. It is our duty to form a new India and a new Odisha by 2022,” said the Minister.

Odisha officials did not attend a ‘Prabhari Officers’ meet convened by National Institution for Transforming India Aayog to discuss the launch of the centrally-sponsored scheme in select backward districts of the state.

On January 4 and 5, the Niti Ayog had called Collectors of 115 aspirational districts, including eight from Odisha, at a meeting in New Delhi to formalise the implementation of the scheme. (IANS)

Odisha youth get innovative with birthday gifts. Here’s how