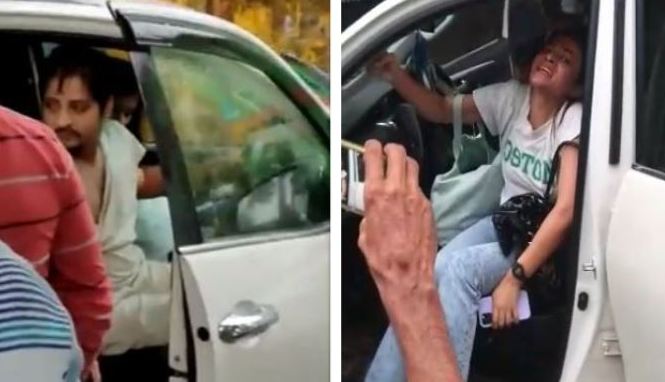 Bhubaneswar: Trouble seems to be mounting for Ollywood actor Babushaan Mohanty and his co-actor Prakruti Mishra as the actor’s wife Trupti Satpathy today made a startling revelation that the latter was supplying alcohol and ganja to him.

In the FIR filed at Kharavel Nagar Police Trupti stated: “Since at that time her career was on a down trend because of the lockdown, she was successful in establishing a relationship with my husband Tanmay Mohanty to boost her career as well as to fulfill her financial needs by providing my husband with alcohol, ganjei etc.” (sic)

Trupti, a teacher by profession, accompanied by her mother-in-law and actor Aparajita Mohanty filed the FIR hours after Prakruti Mishra’s mother Krushnapriya Mishra filed a complaint at the above police station.

The police registered a case against Babushaan and Prakruti under sections 498 and 506 under IPC.

As per police sources, statement of Trupti, Aparajit and two others were recorded.

Reacting to this, Babushaan said that his wife does not belong to the industry for which she is unaware of a lot of things about the industry.

“She does not belong to the industry. She doesn’t understand a lot of things. I have no complaints against her,” the ‘Super Micchua’ actor said.

On the other hand, the co-star of Babushaan expressed that she is in a state of shock as she was mentally and physically abused this morning.

“We were leaving for the airport to board a flight for Chennai regarding a movie promotion. She appeared before us and started manhandling both of us. We are childhood friends. Can’t a boy be friends with a girl?” asked Prakruti.

Earlier in the day, Babushaan’s wife intercepted the two star kids while they were moving in an SUV in Satya Nagar area. Babushaan’s wife had a scuffle with the two alleging Prakruti of having a relationship with his husband.

“Our marital life was peaceful until Prakruti’s entry. They are in a relationship since last two years. She has been blackmailing my husband as well as threatening me of dire consequences,” Trupti claimed.

Still, I am ready to give him a second chance, she added.

WHO declares monkeypox a global emergency