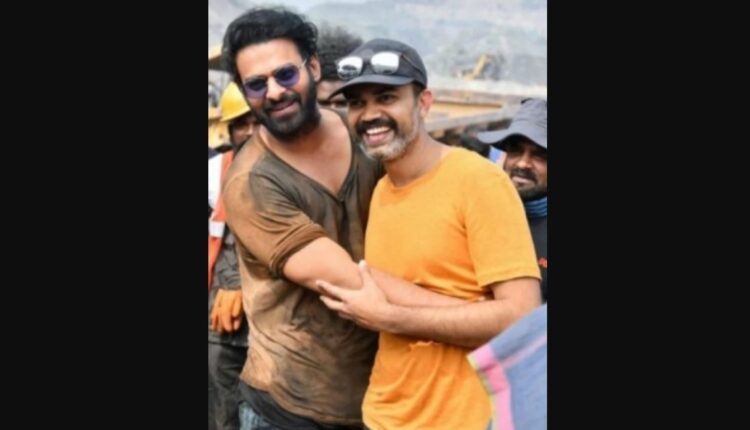 Hyderabad: Prabhas, who became a national hero after his performance in ‘Baahubali’, will be seen next in ‘Salaar’. The ‘Varsham’ actor has written a sweet note on the occasion of his director Prashanth Neel’s birthday.

Prabhas posted a picture of himself with Prashanth Neel on Instagram.

Taking to his caption, the star composed: “Here’s wishing a very Happy Birthday to you @prashanthneel! To happiness and success, always. See you soon! #Salaar.”

In the pic, Prabhas and Prashanth Neel can be seen having a happy moment.

Prashanth Neel and Prabhas are currently filming ‘Salaar’, one of the most anticipated pan-Indian films of the year. Prashanth Neel’s ‘KGF’ franchise has made him a household name across the country, and his collaboration with a well-known actor like Prabhas has piqued widespread interest.

While Prabhas will next be seen in the mythological magnum opus, ‘Adipurush’, one of the most expensive films to be made in India, he will also appear in Nag Ashwin’s sci-fi ‘Project K’.

The high-octane action-thriller ‘Salaar’, Sandeep Vanga’s ‘Spirit’, and a comedy entertainer with Maruthi are the upcoming movies Prabhas will be a part of.

Prashanth Neel, on the other hand, will direct Jr NTR for another action movie, after his completion of ‘Salaar’.

Hyderabad gang rape case: 2 juveniles arrested, one of them is son of a VIP