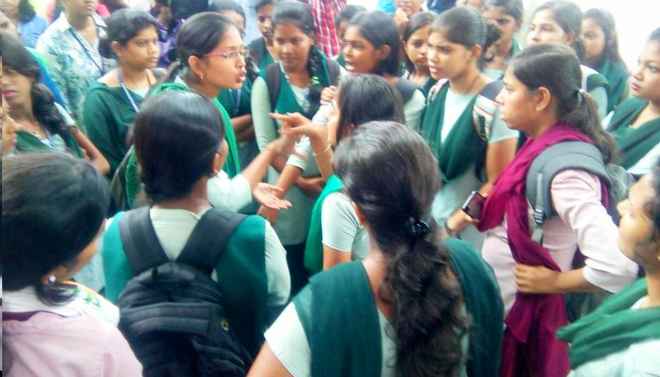 Some of the agitating students gheraoed the office of the Vice Chancellor over the issue and demanded action against the culprits. Besides, they demanded installation of CCTVs across the university and asked the authorities to take necessary steps to block entry of nonstudents inside the campus.

It may be mentioned here that prepoll violence is nothing new in the university where polls have been suspended three times in past four years because of violence.

In Rama Devi University, two groups clashed with each other after one group alleged the other group of exerting their political connections to influence the examination results of opposing student leaders adversely.

“This has been a BJD forte since long. They have become so arrogant over the years that they have started believing they can do anything and go scot-free. So much so that they have exerted pressure to ruin the examination results of opposing student leaders to ensure that they are not eligible take part in the polls. We are not going to allow that. This is a college election and we want free and fair polls,” said a student in Rama Devi University.

The university authorities, however, refuted the allegations of any irregularity in answer paper evaluation.

Only one country exporting terror to whole world: Modi