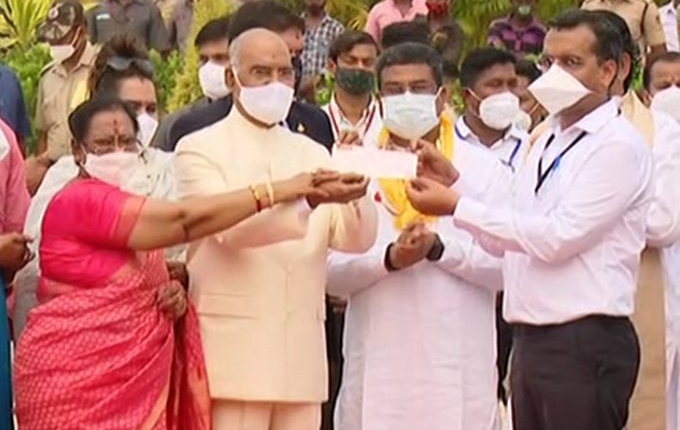 Puri: After paying obeisance to the deities at  the Jagannath temple in Puri,  President Ram Nath Kovind donated Rs 1 lakh from his salary for development of the centuries-old shrine today.

The President along with First Lady Savita Kovind visited Srimandir amid tight security and offered prayer to the Lord at the sanctum sanctorum. He is the first VVIP to enter the Garbhagriha since 2015.

During the visit,  the President discussed with concerned officials regarding the beautification works underway in the temple surroundings.

After arriving in a special chopper at around 9 AM, they were escorted to the shrine accompanied by Governor Ganeshi Lal and Union Minister Dharmendra Pradhan.

Elaborate arrangements were made in the pilgrim town for the President’s visit. All makeshift shops on Bada Danda from Medical Square to the temple were shut during the time.

On Holi, be careful if you wear contact lenses