Prez Kovind debuts on Twitter with over 3 mn followers

INDIAINDIA & BEYOND
By Sambad English Bureau On Jul 25, 2017 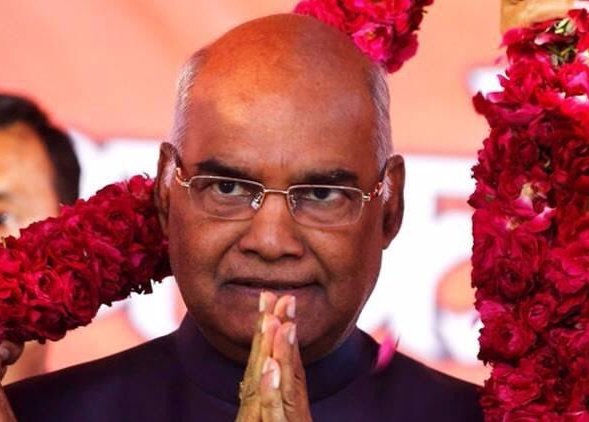 New Delhi: Ram Nath Kovind’s entry into the cyber world as the 14th President of India on Tuesday was swift and seamless — garnering over three million followers within hours of debuting on Twitter.

“Honoured to be sworn in as the 14th President of India; would be carrying out my responsibilities with all humility #PresidentKovind,” said the Twitter handle of Kovind @rashtrapatibhvn even as he was completing the mandatory constitutional oath of office in the Central Hall of Parliament here.

And then followed a series of tweets from his speech after the oath of office was administered by Chief Justice of India J.S. Khehar.

Within hours, Kovind had 3.27 million followers, though he was “following” only his immediate predecessor Pranab Mukherjee @POI13.

Not to be left behind, Prime Minister Narendra Modi, who is active on Twitter, posted: “Congratulations to Shri Ram Nath Kovind ji on taking oath as the President of India. @RashtrapatiBhvn.”

“Very inspiring address by President Ram Nath Kovind Ji, which beautifully summed up the essence of India’s strengths, democracy & diversity,” he said in another tweet.

Another tourist special train from Odisha capital on Sep 8