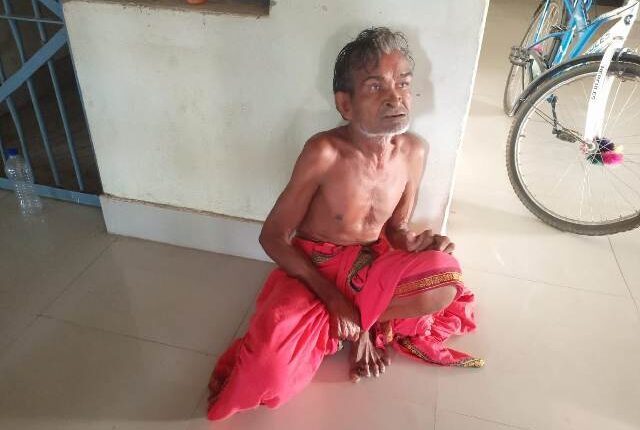 Cuttack: A priest allegedly killed a man by beheading him at a temple near Bandhahuda under Narasinghpur police limits in Odisha’s Cuttack district last night.

As per the accused, an argument erupted between him and deceased Saroj Pradhan (50) at the temple over ‘sacrifice’. The matter took a violent turn as Ojha hacked Pradhan with a sharp weapon killing him on the spot.

“Yesterday night, the deceased suggested the accused to sacrifice animals in a bid to contain COVID-19 outbreak. The priest refused to do so following which Pradhan manhandled him. In retaliation, the priest attacked him with sharp weapon,” said Radha Binod Panigrahi, SP, Cuttack (Rural).

On the other hand, another senior police officer said the accused has confessed to having committed the murder.

“Ojha claimed he had received an order from the Goddess in his dream to perform a human sacrifice to end the COVID-19 pandemic,” said Alok Ranjan Ray, Athagarh Sub-Divisional Police Officer.

Police recovered the body and sent it for post-mortem. An axe used as the murder weapon has been seized.

Further investigation into the incident was underway.