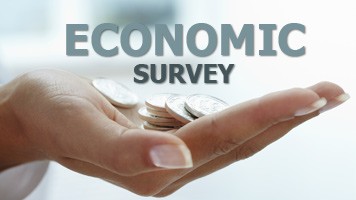 The Economic Survey 2016-17 tabled in Parliament on Tuesday by Union Finance Minister Arun Jaitley called for more privatisation in the civil aviation, banking and fertiliser sectors to further the economic reforms process.

“India needs an evolution in the underlying economic vision across the political spectrum and further reforms are not just a matter of overcoming vested interests that obstruct them,” the survey said.

The Economic Survey 2016-17 elaborated the many difficulties that are faced during the privatisation process of the public sector enterprises.

Besides, the survey listed ambivalence about property rights and the private sector, deficiencies in state capacity, especially in delivering essential services and inefficient redistribution as major challenges that might impede India’s progress.

“The survey points out that the capacity of the State in delivering essential services such as health and education is weak due to low capacity, with high levels of corruption, clientelism, rules and red tape,” the survey read.

“At the level of the states, competitive populism is more in evidence than competitive service delivery, the Survey adds.”

“Constraints to policy-making due to strict adherence to rules and abundant caution in bureaucratic decision-making favours status quo,” the survey cautioned.

According to the survey, ‘redistribution’ by the government is far from efficient in targeting the poor.

“This is intrinsic to current programs because spending is likely to be greatest in states with better institutions and which will therefore have fewer poor,” the survey said.

The survey noted that over the past two years, the central government has made considerable progress toward reducing subsidies, especially related to petroleum products.

“Technology has been the main instrument for addressing the leakage problem and the pilots for direct benefit transfer in fertiliser represent a very important new direction in this regard,” the survey added. (IANS)