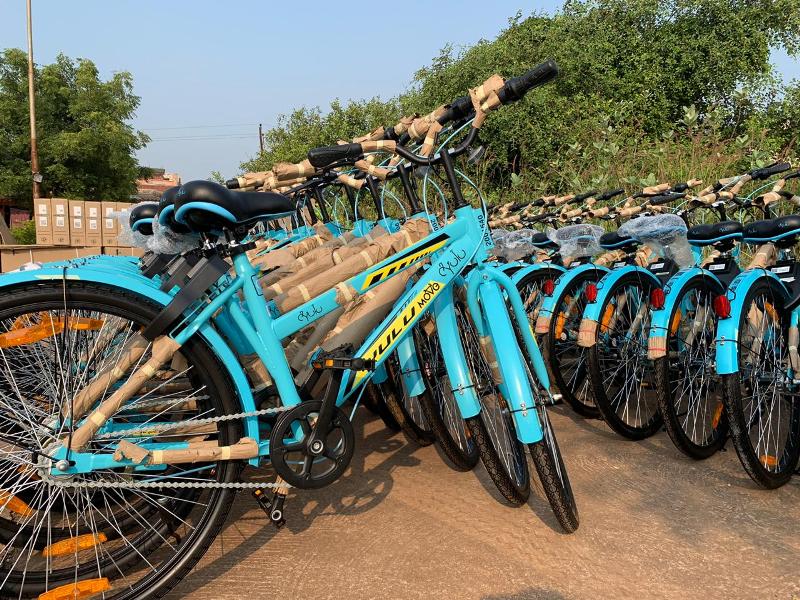 Bhubaneswar: Good news for denizens as the much-awaited Public Bicycle Sharing (PBS) project is going to be a reality soon with the arrival of smart bicycles here.

The project with ‘easy to book, low cost and no pollution’ theme is expected to roll next week ahead of Hockey World Cup 2018 scheduled from November 28 in Bhubaneswar.

While Hexi Bikes, a product of Hero Cycles, will have 1,000 cycles under the PBS project, Yaana and Yulu will have 500 each. The project will also ensure a healthy alternative to the city residents and also a possible green mode of transport for the visitors coming to the city for travelling, said Bhubaneswar Smart City Limited (BSCL) in a release.

The best feature of the environment-friendly and smart bicycle is that women wearing ‘saree’ can also ride it because of its low-frame structure.

The Adjustable seat height will make the bicycle easy to use by majority age groups like children and students.

The Bhubaneswar Smart City Limited (BSCL) has awarded the tender to the three respective companies i.e. Hexi Bikes (1,000 numbers) and Yaana and Yulu Bikes (500 numbers) each. The bicycles will be robust in built and structure and smooth for riding on city roads. The cycles will also be digitally mapped based on global positioning system (GPS) locations and will provide Mobile App based services to users to locate and use a bicycle.

“Generally cities make the mistake of keeping the bike stations only at major destinations or junctions. In case of Bhubaneswar, a dense network of stations is planned and is being implemented. The important aspect is to connect the ‘Sources’ to ‘Destinations’ and therefore bike stations shall be found within residential areas as well as on main streets so that people can start and get back to their homes on a bicycle,” said PBS Expert with BSCL Anuj Malhotra.

The mobile app will also include provision for online payment for the users based on the usage.

Notably, the Capital Region Urban Transport (CRUT), an SPV to manage urban transport in and around the city, and BSCL are developing docking stations across the city, integrated with Bus Queue Shelters (BQS) to provide a common infrastructure for the multi-operator model.

All the deployment and implementations will be completed before Odisha Men’s Hockey World Cup-2018. The docking stations for cycles will cover all areas including heritage area and Info City, the release stated.

The bicycles will also be fitted with smart locks, which can be opened through mobile application by the users. The PBS users will be categorised into two types, i.e. members and non-members. For the first 30 minutes for members, there will be no charge. However, after 30 minutes there will be charges as per the fee structure. The non-members, of the PBS system, however, have to furnish a minimal charge for the first 30 minutes as well.