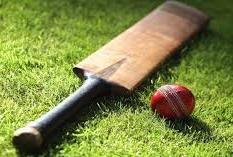 Pune: The second One-Day International (ODI) between India and New Zealand here became embroiled in controversy hours before its start with an allegation of corruption against curator Pandurang Salgaoncar.

A television channel claims to have conducted a sting operation in which reporters posing as bookies approached the curator asking for a pitch which will favor the fast bowlers of one of the competing teams.

The curator is seen and heard on camera agreeing to the demands.

“It is a very good pitch on which 337 runs will be chaseable. There is no doubt about it,” Salgaoncar is quoted as saying by India Today.

Salgaoncar and others are also seen walking on the pitch.

“It’s not allowed still we did it. The BCCI observer is also sitting around,” Salgaoncar said.

Salgaoncar represented Maharashtra as a fast bowler from 1971-82. He has also served as the selector of the Maharashtra Ranji Trophy team.
(IANS)

Odisha’s Bijepur gets NAC tag ahead of by-poll

Rohit to play ODIs and T20Is against Windies