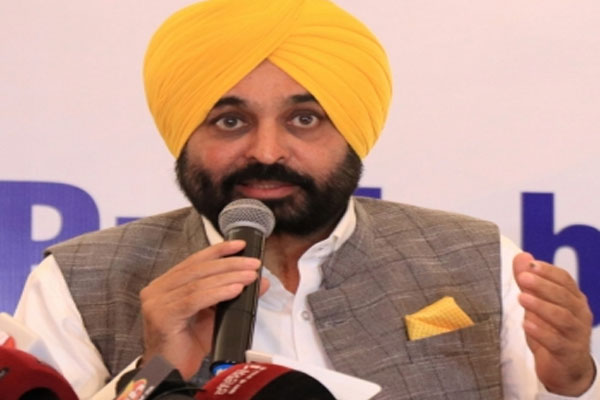 New Delhi: Punjab Chief Minister Bhagwant Mann has been admitted to a hospital in Delhi.

The CM was admitted for treatment in Delhi’s Apollo Hospital on Wednesday after a complaint of stomach pain. As per the information, Mann was diagnosed with an infection.

A source said that he was being treated under a team of multi doctors. The CM has been admitted to a private ward in the hospital and his health condition is normal.

There is nothing critical about his health condition and is being properly taken care by doctors, the source said.

CM Mann on Wednesday had congratulated the Punjab Police and the anti-gangster task force for successfully executing an operation against the gangsters in the state after two Sidhu Moosewala killers were gunned down.