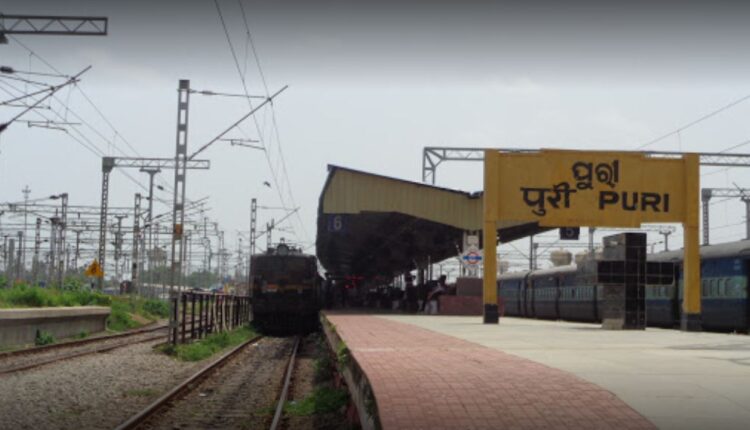 Bhubaneswar: The railway station at pilgrim city Puri in Odisha will be redeveloped as a world class transit hub, officials said.

The Rail Land Development Authority (RLDA), a statutory authority under the Ministry of Railways, has invited bids for the redevelopment of the station, an official said on Thursday.

The station will be built on Design, Build, Finance, Operate, Transfer Model (DBFOT), and the tentative cost of the project (excluding the cost of redevelopment of station estate) is estimated at Rs 82 crore, RLDA said in a statement.

“Puri is a historic city and a renowned tourist hub. The redevelopment of Puri railway station will bolster tourism prospects and position it among the leading destinations for religious tourism,” said Ved Parkash Dudeja, vice-chairman of RLDA.

The commercial development will also lead to a surge in business activities, boost real estate and generate employment in the region, he said.

The station is envisaged as a multimodal transit hub in line with international standards with segregation for entry and exit, baggage security, check-in area, an information centre/enquiry centre and art gallery.

Puri railway station is an NSG-2 category terminal station under the Khurda division of the East Coast Railway (ECoR) zone. It is one of the busiest stations of the zone which has eight platforms handling 52 trains daily, including mail, express and passenger trains. In 2018-19, Puri handled a daily footfall of almost 16,680 passengers.

How Olympic bound V.Revathi sprinted her way out of poverty; read about her inspiring story