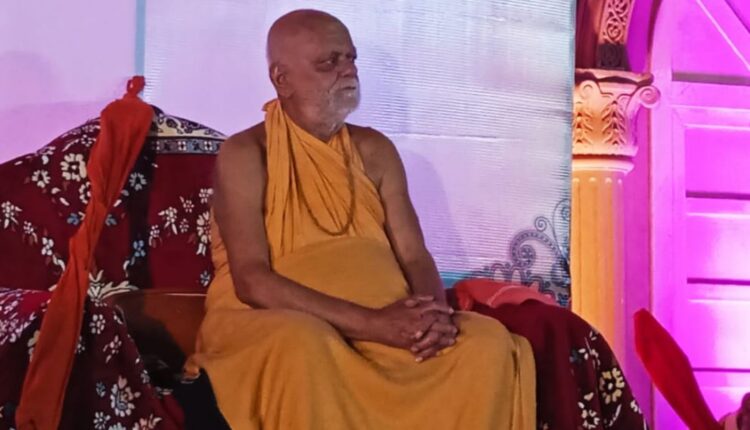 The seer said the Heritage Corridor Project is destroying the ideals of the sacred land of Puri. The shrine shouldn’t be turned into a picnic spot in the name of the beautification project, he said.

“It is the responsibility of the administration not to allow conversion of the shrine into a place of recreation. We support development but we are not in favour of elimination of existence of pilgrim sites in the name of development,” he said.

“The administration razed mutts for widening of road. The idols of the deities were also evicted and the process is still underway. It will invite the ire of the deities,” the seer said.

“A secular administration can only extend cooperation in affairs related to religious places but can’t take and execute decisions. The Prime Minister and Odisha Chief Minister should pay attention towards that fact that Puri is being distorted in the name of development,” he concluded.

Couple of days ago, he had expressed unhappiness saying that the administration did not consult him on the project.