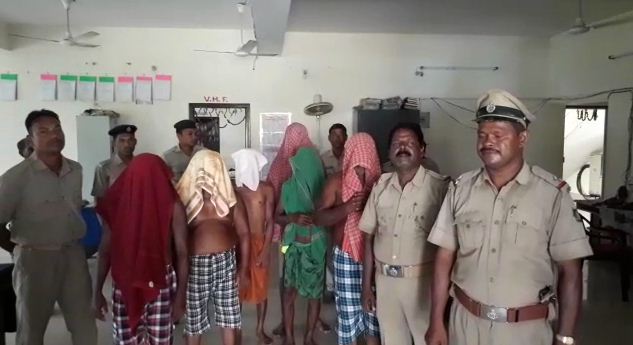 Puri: The court of SDJM in Odisha’s Puri today sent six accused to district jail, who were arrested for their alleged involvement in the triple murder near Patnaikia Chhak under Satyabadi police limits.

Earlier in the day, Satyabadi police produced them before the court, which rejected their bail pleas.

Notably, three members of a family– Purna Chandra Behera, Krushna Behera and Panchua  Behera– were allegedly hacked to death with sharp weapons near Patnaikia Chhak in the district on July 14.

An enmity was prevailing between the deceased and accused over land dispute. The murder was a fallout of the past enmity. The arrested have been identified as relatives of the deceased.

Efforts are on to apprehend others involved in the murder, Puri SP Uma Shankar Dash said.