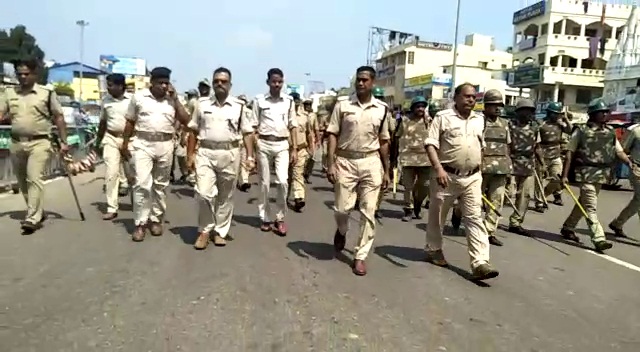 Puri: As many as five policemen have been placed under suspension in connection with the ransaking by mob at the residence of Odisha Revenue and Disaster Management Minister Maheswar Mohanty during bandh observance in Puri.

Notably, the bandh in the pilgrim town on October 3 over demand of withdrawing the queue system for darshan of the deities in the Shree Jagannath Temple took an ugly turn with agitators uprooting the barricades raised for queue system, ransacking Sri Jagannath Temple Office, looting cash from donation cell, damaging vehicles in the temple office parking lot and metal detectors installed at all the four temple gates.

They also barged into the premises of the minister’s residence and damaged flower pots and the gate.