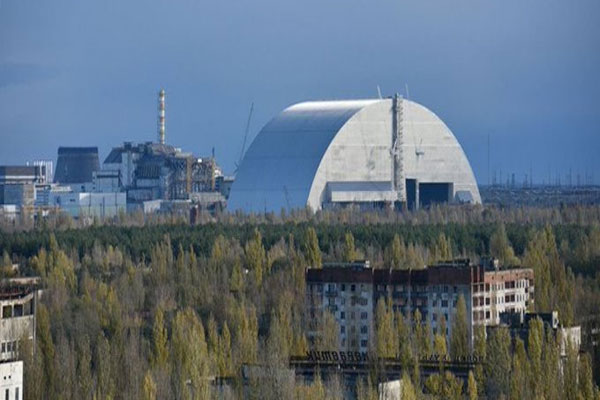 Vienna: Radiation levels at the exclusion zone of Ukraine’s now-defunct Chernobyl nuclear power plant, which Russian forces had controlled for weeks before withdrawing in late March, have remained within the safe range, the Vienna-based International Atomic Energy Agency (IAEA) announced.

Grossi told a news conference in Vienna on Thursday after returning from Ukraine that the IAEA staff had measured the radiation levels at an area of the Chernobyl’s exclusion zone, where some excavation work had “presumably” been conducted by Russian forces.

According to data provided by the IAEA chief, the radiation dose level in the excavation area was 6.5 millisieverts per year, higher than the 1.6 millisieverts at nearby roads but well below the limit of 20 millisieverts that is considered safe for workers in areas exposed to radiation.

“There was an increase (in radiation levels) but this increase is still significantly below the authorized levels for workers in an environment with this type of radiation,” Grossi said.

He added that the IAEA staff are still working to repair the safeguards monitoring systems at the Chernobyl.

The Chernobyl plant, some 110 km north of the Ukrainian capital of Kyiv, suffered one of the worst nuclear accidents in human history on April 26, 1986.

Russian forces took control of the plant on February 24, the day Moscow launched its invasion of Kyiv.

The troops withdrew on March 31.

“Zaporizhzhya is at the top of my list of concerns when it comes to the situation of the nuclear facilities in Ukraine,” he said, adding that he had been in talks with both Ukrainian and Russian authorities to ensure the plant’s safety.