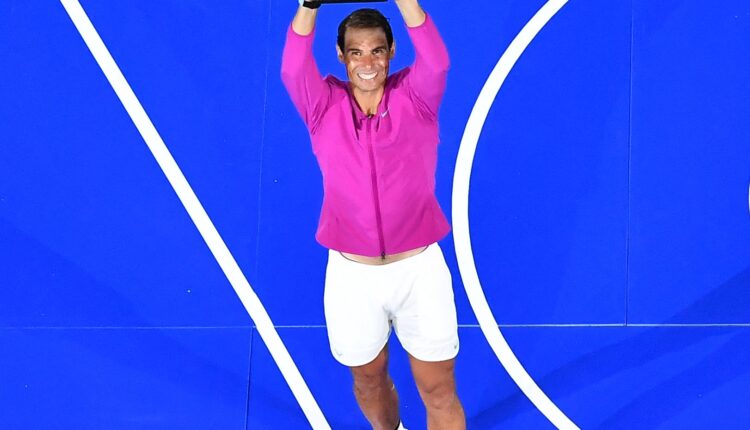 Under the lights at Rod Laver Arena, the legendary Spaniard roared back from two-sets-to-love down to overcome the Russian Medvedev 2-6, 6-7(5), 6-4, 6-4, 7-5 in an epic five hours and 24 minutes final to win the Australian Open men singles trophy.

With his dramatic victory, Nadal claimed sole ownership of the record for the most men’s singles Grand Slam titles, moving past Roger Federer and Novak Djokovic who are both on 20 major crowns.

The 35-year-old, who also clinched the trophy in Melbourne in 2009, has become just the second player in the Open Era alongside Djokovic to win each of the four majors at least twice. He is also the third-oldest man in the Open Era to win a Grand Slam title after Ken Rosewall and Federer.

“It was one of the most emotional matches of my career,” Nadal said during the trophy ceremony.

“To share the court with Daniil was just an honour. It is amazing. To be honest, one and a half months ago I wasn’t sure if I was able to be back on the Tour playing tennis again. But today I am here in front of all of you with this trophy in front of me. You are just amazing, thank you so much,” he added.

In a high-quality and physical match that ebbed and flowed, a pumped-up Nadal showcased his fighting spirit to put water on a red-hot Medvedev performance.

With his back firmly against the wall after the second set, Nadal’s champion mindset shone through as he began to hit through Medvedev with more success in a brutal, heavy-hitting performance to table the turns. He rallied from 2-3, 0/40 on serve in the third set to change the momentum of the match and sealed his win on serve at the second time of asking in the decider.

The World No 5 was aggressive from the baseline throughout, demonstrating great footwork to run around his backhand and dictate with his heavy topspin forehand. The sixth seed fired 67 winners, closed the net effectively to shorten the points and broke seven times to triumph, an atptour.com report said.

Nadal now leads Medvedev 4-1 in their ATP Head2Head series, with this their second meeting in a Grand Slam final. At the US Open in 2019, Medvedev rallied from two-sets-to-love down before Nadal prevailed in the decider in a Flushing Meadows epic.

“Having the huge support I received over the past three weeks is going to stay in my heart for the rest of my life, so thank you very much,” Nadal added.

In a fast start, Medvedev quickly found his range against Nadal, forcing the Spaniard into errors as he showcased his impressive defensive skills to stay in brutal rallies. The Russian read the Nadal serve well, breaking the 35-year-old to love in back-to-back service games to pull 5-2 ahead before holding to lead.

In a mammoth second set that turned one way and then the other, both were strong on return as they matched each other’s intensity off the ground. Nadal twice had a break advantage, but was unable to put the Russian away, with Medvedev recovering from 1-4 and then 3-5.

Medvedev saved a set point on the Spaniard’s serve at 3-5, Ad-Nadal, before eventually breaking back as they moved to a tie-break. From 4/5, Medvedev raised his level, setting up a set point with a drive volley winner, which he then converted by guiding a backhand pass down the line, lifting his arms in celebration. 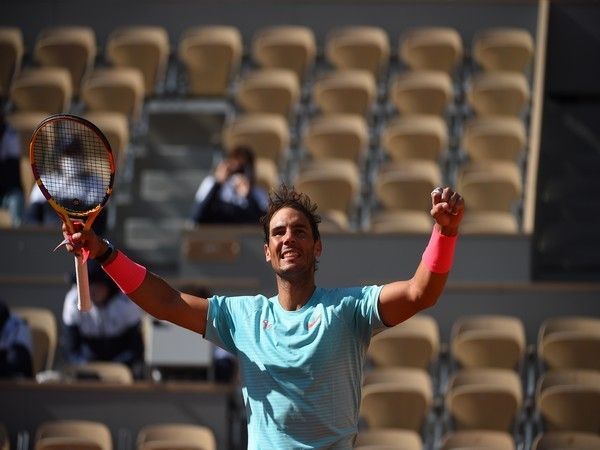 But Nadal showed everyone his fighting spirit at the start of the third set. He crucially held from 0/40 down at 2-3 before he turned the screw on Medvedev with his brutal hitting to break. When serving for the set, the Spaniard opened his shoulders and fired three winners to clinch the set, roaring in delight as he gained a foothold in the match.

A pumped up and re-energised Nadal continued to go on the attack in the fourth set. He fended off two break points at the start of the set before he found the breakthrough on Medvedev’s serve as he pulled the World No 2 from corner to corner with his brutal striking.

Medvedev refused to go away, responding immediately when Nadal fired a forehand long, but Nadal once again demonstrated his fighting spirit, sealing his second consecutive break with a deft backhand pass crosscourt. The Spaniard rifled 23 winners in the set and effectively went back behind the Russian into the forehand corner to draw level.

Nadal then showcased his supreme fitness levels in the decider, not letting his intensity wane in the fifth set. The former World No 1 fired a forehand winner down the line on the run to break for a 3-2 advantage as the Spaniard gained the lead for the first time in the match since the start of the first set, more than four hours earlier.

The 35-year-old then came through a 14-minute service game, firing three big first serves to fend off three more breakpoints, but was unable to serve out as Medvedev broke back from 4-5, 0/30 behind to level. However, Nadal was not to be denied, breaking back immediately before finally putting Medvedev to bed at the second time of asking.

With his triumph, it is just the fourth time Nadal has come back from two-sets-to-love down in his career. The last time he accomplished this was nearly 15 years ago when he battled past Mikhail Youzhny in the fourth round at Wimbledon in 2007.

Medvedev, who also reached the final in Melbourne last year, was trying to become the first male player in the Open Era to follow his maiden major trophy with his second at the next Grand Slam event, after triumphing at the US Open in September.