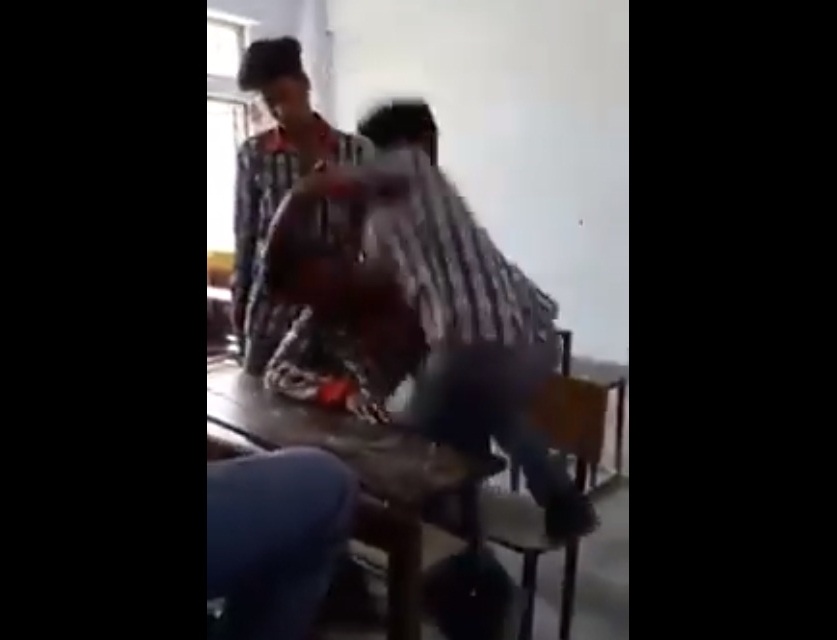 Bhubaneswar: Hardly a couple of days after two persons including the son of a politician were arrested for ragging a junior in Odisha capital, a video of a group of students beating a fellow student has gone viral on social media platforms.

The students inside a classroom can be seen in the video mercilessly thrashing a schoolmate. The video having duration of 1:34min has reportedly been shot by one of the members of the group of around 8-10 students.

The uniform of the young children suggests that it is an incident of Kendriya Vidyalaya.

A twitterati has appealed to the Twin City Commissionerate of Police, Chief Minister’s Office and Naveen Patnaik to initiate action against the wrongdoers.

While it was not known whether it is an incident in the capital city, the messages circulated indicate that it took place in one of the Kendriya Vidyalayas here.