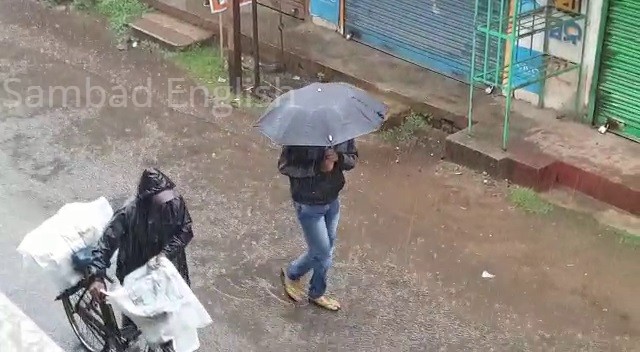 Bhubaneswar:  Thunderstorm accompanied with lightning is very likely to occur at one or two places in as many as 11 districts across the state, including Cuttack till tomorrow morning.

The Regional Meteorological Centre here today informed  that one or two places in districts like Sundargarh, Keonjhar, Mayurbhanj, Balasore, Jajpur, Bhadrak, Angul, Dhenkanal, Kendrapara Cuttack and Jagatsinghpur will experience thunderstorm and lightning till 8.30 AM on March 14 (tomorrow).

Odisha weather alert: Rain, lightning in these districts for…

Besides, the weathermen predicted that light to moderate rain is very likely to occur at a few places over the districts of Sundargarh, Keonjhar, Mayurbhanj, Balasore, Jajpur, Bhadrak and at one or two places over the districts of Jharsuguda, Bargarh, Sambalpur, Deogarh, Angul, Dhenkanal, Kendrapara, Cuttack, Jagatsinghpur, Khurda, Puri and Ganjam during the period. However, dry weather is very likely to prevail over the rest districts.

The MeT centre also informed that the maximum temperature (day temperature) is likely to fall by 2-3 degree Celsius at many places over the districts of Odisha in the next 24 hours and it will gradually rise thereafter by three to four degree Celsius.

However,  there will be no large change in the minimum temperature (night temperature) during
the next four to five days over the districts of Odisha, the weathermen added.