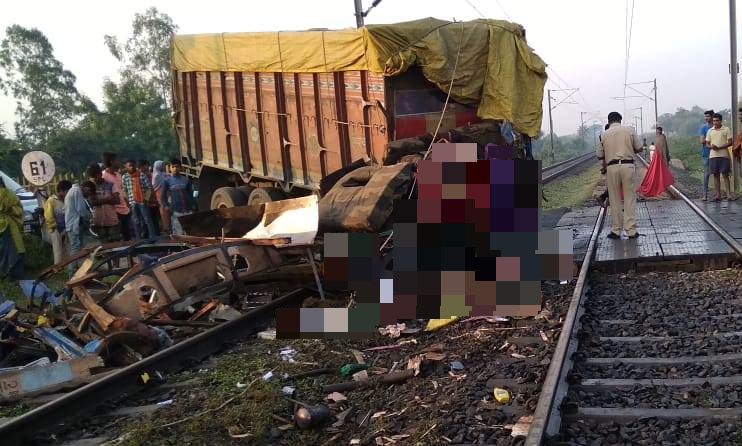 New Delhi: At least two coaches of a Delhi-bound Rajdhani Express derailed on Thursday after it was hit by a truck near Thandla in Madhya Pradesh, an official said. No passenger has been injured.

Rajesh Dutt Bajpai, Media and Corporate Communication Director, Railway Ministry, told IANS here that the incident took place at around 6.44 a.m. when the truck broke the gates of a manned level crossing and hit the B7 and B8 coach of the Hazrat Nizamuddin-Trivandrum Rajdhani Express.

The truck driver has been seriously injured in the accident, Bajpai added.

Youth held in Odisha Capital for vehicle heist on pretext of…