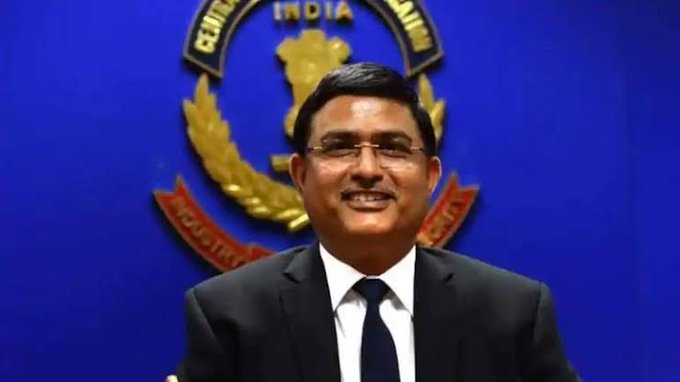 New Delhi: Gujarat cadre IPS officer Rakesh Asthana has been appointed the chief of the Border Security Force and V S K Kaumudi the Special Secretary (Internal Security) in the Home Ministry, according to a Personnel Ministry order issued on Monday.

At present, Asthana is working as the Director General of Bureau of Civil Aviation Security (BCAS).

The BSF is working without a regular chief since March after incumbent V K Johri was repatriated to Madhya Pradesh. He later took over as the Director General of the state police.

S S Deswal, the chief of the Indo-Tibetan Border Police (ITBP), has been holding the additional charge as DG BSF since March 11.

The BSF is entrusted with the responsibilities of guarding the country’s frontiers with Pakistan and Bangladesh. The force is also deployed in tackling Naxalism in Chhattisgarh and Odisha.

Kaumudi has been appointed the Special Secretary (Internal Security) in the Ministry of Home Affairs, up to November 30, 2022 i.e. the date of his superannuation, the order said.

Kaumudi, a 1986-batch IPS officer of the Andhra Pradesh cadre, is presently working as DG, Bureau of Police Research and Development (BPR&D).

Akhtar will hold the charge of the post till July 31, 2021 i.e. the date of his superannuation, it added.

He is presently working as the Special DG of the Central Reserve Police Force (CRPF).

BSF jawan from Odisha succumbs to COVID-19 in Chhattisgarh