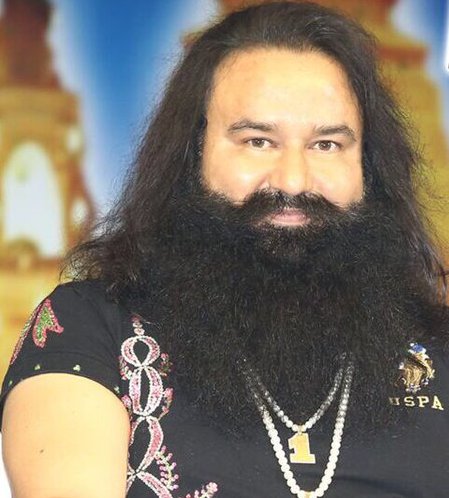 Chandigarh: Authorities in Haryana on Monday issued shoot at sight orders in and around the District Jail near Rohtak ahead of rape convict Dera Sacha Sauda chief Gurmeet Ram Rahim Singh’s sentencing.

The quantum of punishment was expected to be out by 2.30 p.m. at a CBI court specially set up inside the jail premises in Sunaria, about 70 km from Delhi, where Ram Rahim has been lodged after his conviction on Friday.

Rohtak range Inspector General (IG) of Police Navdeep Singh Virk said: “We are on top of the situation. Adequate security arrangements are in place. If anyone tries to disobey the law, he will be shot at.”

Virk said 28 companies of paramilitary forces, along with Haryana Police personnel, have been deployed in Rohtak.

Central Bureau of Investigation (CBI) special court judge Jagdeep Singh, who had on Friday held the Dera chief guilty of rape and criminal intimidation of two of his female disciples in 2002, was being flown to Rohtak on Monday for announcing the sentence.

The sect chief has been convicted on two counts for rape (Section 376 IPC), criminal intimidation (Section 506 IPC) and Section 509 (word, gesture or act intended to insult the modesty of a woman).

The minimum punishment for rape is seven years which may extend till life (term). The other sections have imprisonment for two and one years, respectively.

The district jail premises, about 10 km from Rohtak town, have been completely cordoned off by security forces, including the paramilitary and Haryana Police.

The Army has been kept on stand-by. No movement of people, other than those authorized, will be allowed within a distance of 10 km from the prison premises.

“We are fully prepared for any situation. The Army has been kept on stand-by,” Haryana Director General of police (DGP) B.S. Sandhu said.

The security forces in Haryana and Punjab were again on high alert on Monday as both states braced for the sentencing.

Curfew continued to be in place on Monday in Haryana’s Sirsa town, where the sect’s headquarters are located. The sect has lakhs of followers in the two states.