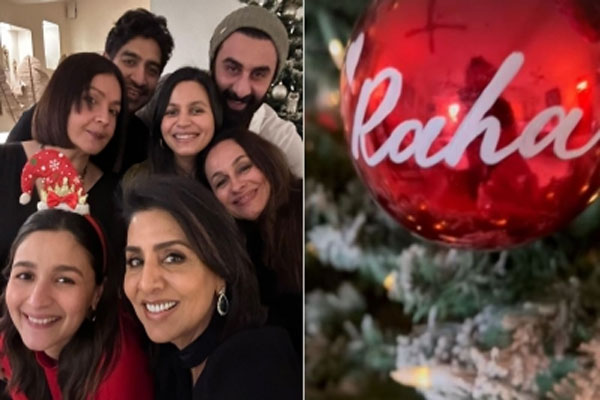 Mumbai: Senior actress Neetu Kapoor rang the Christmas celebration bells with her family. The ‘Jug Jugg Jeeyo’ actress took to her Instagram to share a picture from the celebrations.

Soni Razdan too shared the pictures on her Instagram. What caught everyone’s attention was a small red ball hanging on a Christmas tree that had Ranbir-Alia’s baby girl’s name Raha written on it.

In the picture, Alia can be seen rocking a red top which she teamed with a cute Christmas-themed hairband. Ranbir, on the other hand, wore a white shirt and a beanie for the small get-together.

Alia Bhatt tied the knot with Ranbir Kapoor in April after dating for a couple of years. They welcomed their daughter Raha in November this year.