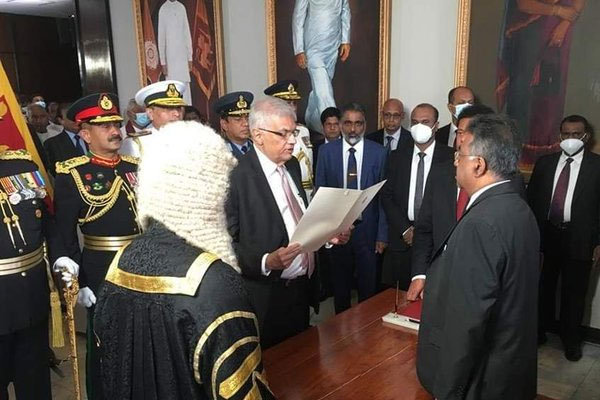 Colombo: Ranil Wickremesinghe was sworn in as the eighth President of Sri Lanka at the Parliament premises on Thursday.

He was sworn in before Chief Justice Jayantha Jayasuriya, Daily Mirror reported.

In the election held in Parliament on Wednesday, 73-year-old Wickremesinghe secured 134 votes from parliamentarians.

Out of 225 parliamentarians, 223 voted in the ballot of which four were invalid votes, while two MPs abstained from voting.

Soon after getting elected as President, Wickremesinghe invited all political parties to join hands with him and work together to overcome the economic crisis and bring in a new political change.